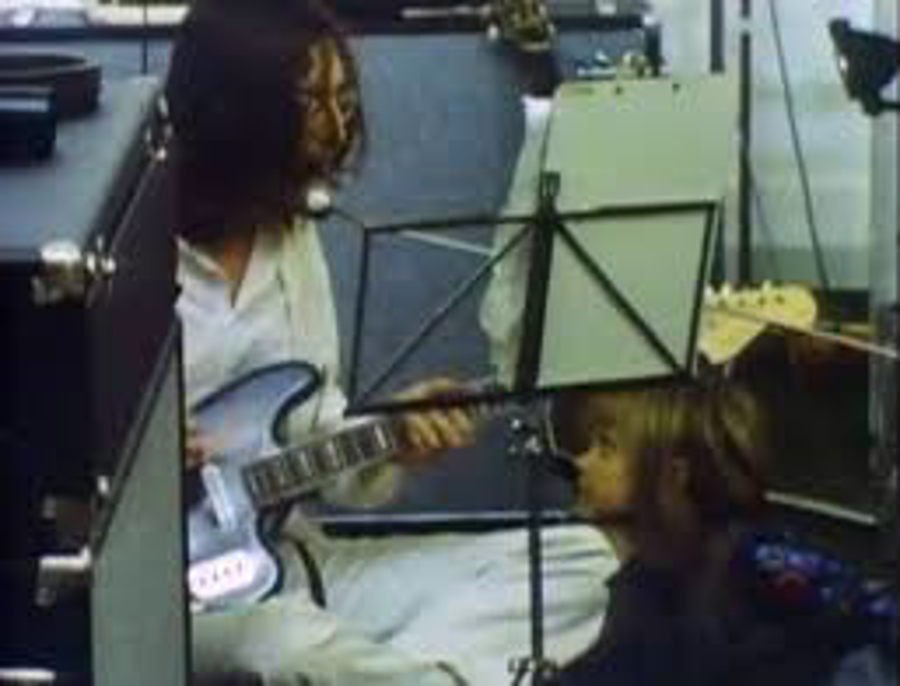 This was the fourth day for Phil Spector’s working on Dig It and assembling snippets of dialogue to be used in between songs.

Two versions of Dig It – a largely improvised song let by John Lennon – were recorded, on January 24 and 26th, a year before in 1969. A segment lasting just 49 seconds was extracted from the second of these.

A slightly longer version appearing in the Let It Be film. The full version, however, lasted for more than 12 minutes and featured Billy Preston on organ and George Martin on shaker. The brief section used by Spector was from 8’52” to 9’41”.

After he had finished work on Dig It, Spector trawled through the Apple Studios tapes for dialogue to intersperse between the songs. One of these, Lennon saying “That was ‘Can You Dig It’ by Georgie Wood…”, was appended to the end of Dig It, and provided an apt introduction to Let It Be.

Although eight snippets of dialogue were mixed on this day, only two others were used: “I Dig A Pygmy by Charles Hawtrey and the Deaf Aids…”, which began the album ahead of Two Of Us; and the “Thanks Mo”/”I hope we passed the audition” remarks, giving the effect that that the version of Get Back used was from the rooftop performance rather than the studio.