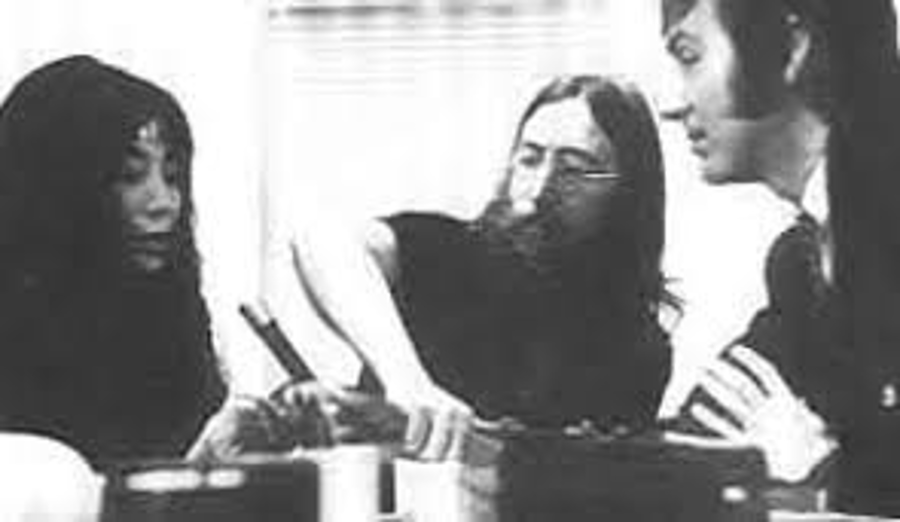 Today John and Yoko Ono gave an interview to David Wigg for the BBC radio show at Apple Headquarters in Savile Row, London.

Even though The Beatles had split up, and Lennon had no intention to work with them again, he was still reluctant to draw a line under the group in public. Although he admitted there were no plans to work together until the release of the Let It Be album and film, he said he “wouldn’t destroy it [the group] out of hand”, and that the current hiatus could be “a rebirth or a death”.

He did, however, reveal plans to record an album with Ono and Phil Spector, and that Paul McCartney was planning his own solo release (Lennon was unaware that McCartney had been working on the McCartney album since late 1969.)

Challenged by Wigg on The Beatles’ lack of activity, Lennon pointed out that a similar lull had taken place before the release of Sgt Pepper's Lonely Hearts Club Band. He explained further that the discussions over appointing a manager to run Apple had caused a great deal of friction, as had the failure to retain control over Northern Songs.