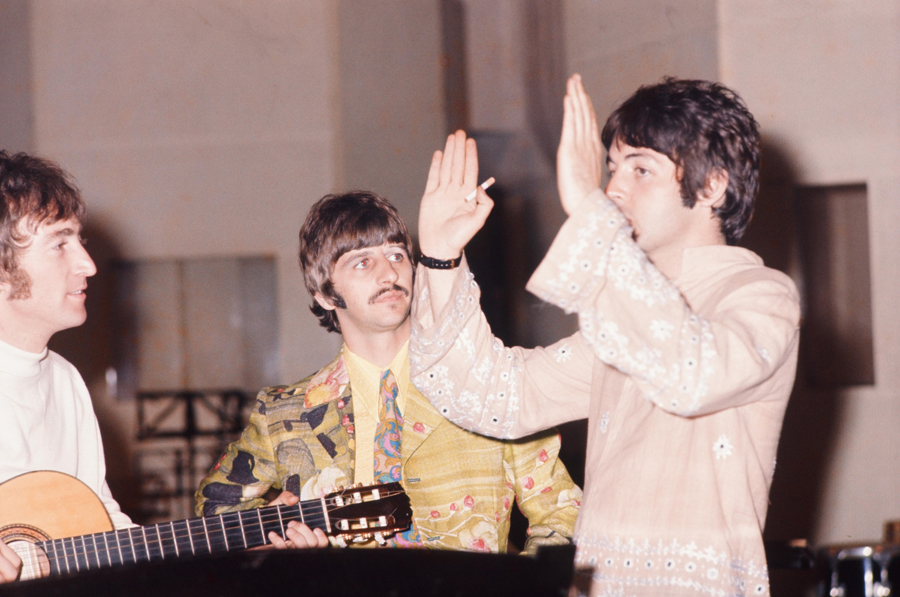 Recording, mixing: I Am The Walrus, The Fool On The Hill, Blue Jay Way

A productive eight-hour session, which saw work continue on I Am The Walrus, and the beginning of The Fool On The Hill and Blue Jay Way.

The first task was to create a reduction mix of I Am The Walrus, to make room on the tape for further overdubs. The mix was numbered take 17, and combined the previous day's pianet, electric guitar, tambourine and drums. Paul McCartney then recorded a bass guitar part and Ringo Starr added extra snare drum, both played simultaneously onto track three of the four-track tape, and John Lennon overdubbed his lead vocals onto track four.

In his autobiography, radio DJ Kenny Everett, who was present at the session, explained why Lennon's vocals were so raw.

George Martin, their producer, was working with John on the vocal track and he said: 'Look, you've been singing now for about seven hours, you're beginnng to sound hoarse, why don't we do it tomorrow?' John wanted to get it done that day and that's why he sounds so raucous on that track.  (Kenny Everett  - The Custard Stops At Hatfield)

Four mono mixes of I Am The Walrus were then made for references purposes, only the last of which was complete. Acetate discs were then cut for reference purposes, and one was used for miming during the Magical Mystery Tour film later in the month. Despite this, the song was far from complete, and required a number of other overdubs and edits.

A separate mix was made for 1996's Anthology 2, which combined take 16 from 5 September 1967 with the vocal overdub from this day.

Paul McCartney had written The Fool On The Hill in March 1967, although the lyrics were incomplete at that early stage. During this session he recorded a piano demo in a single take, which was eventually issued on Anthology 2. The song was also cut onto acetate, and work on the song continued on 25 September.

Also recorded on this day was the rhythm track of George Harrison's Blue Jay Way, which was taped in a single take. Harrison played Hammond organ, McCartney was on bass guitar, Starr on drums, and Lennon played a second organ.

Blue Jay Way was given a reduction mix during the next day's session to prepare for further overdubs.