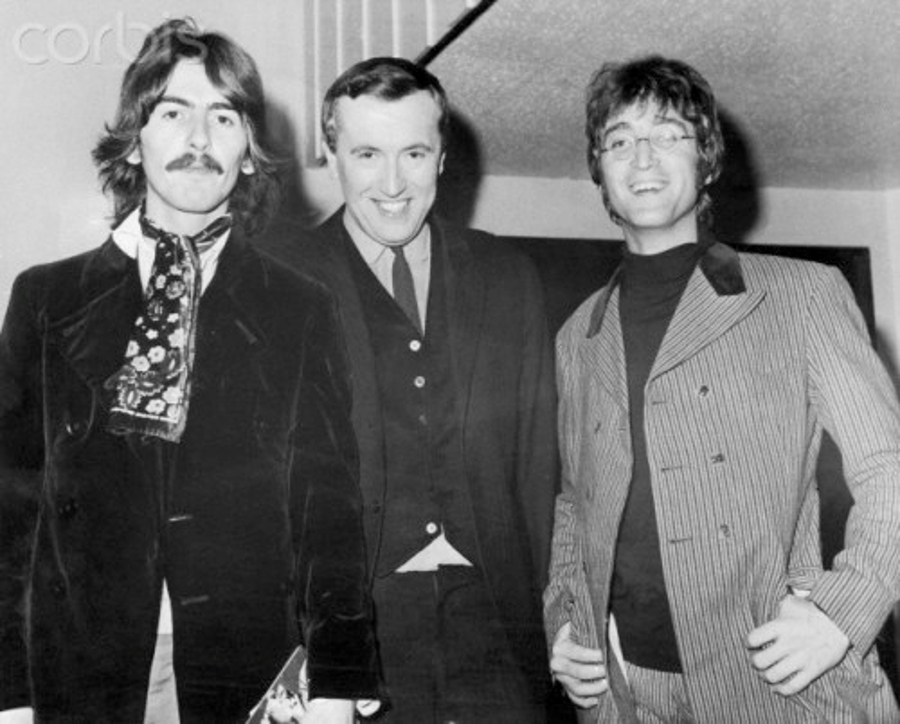 John Lennon and George Harrison took part in an interview with David Frost for The Frost Programme on this evening. It was recorded before a studio audience between 6pm and 7pm at Studio One at Wembley Studios in London.

Lennon: "Buddha was a groove, Jesus was all right."

Harrison: "I believe in reincarnation. Life and death are still only relative to thought. I believe in rebirth. You keep coming back until you have got it straight. The ultimate thing is to manifest divinity, and become one with The Creator."

The interview was shown on the ITV network from 10.30-11.15pm. The programme also featured an interview with Maharishi Mahesh Yogi, which had been recorded earlier in the day at London Airport.

Lennon and Harrison gave a second interview to The Frost Programme on October 4, 1967, when once again they duiscussed Transcendental Meditation.