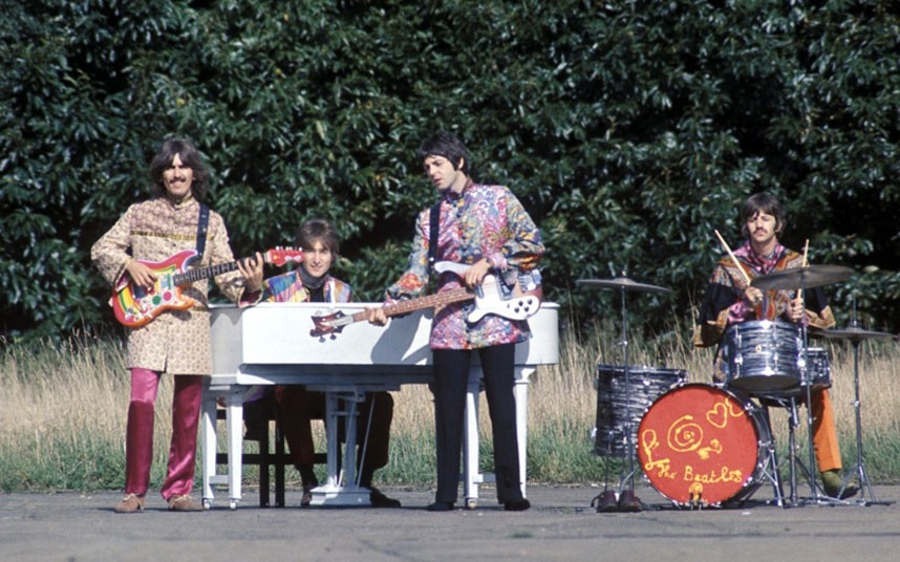 This was the second day of filming for Magical Mystery Tour at West Malling Air Station in Maidstone, Kent.

The Beatles worked at the army base for six days, staying at a nearby hotel each night. A number of interior shots were filmed in the enormous hanger space, including the magicians' laboratory sequence, Aunt Jessie's dream, and a sequence for George Harrison's Blue Jay Way.