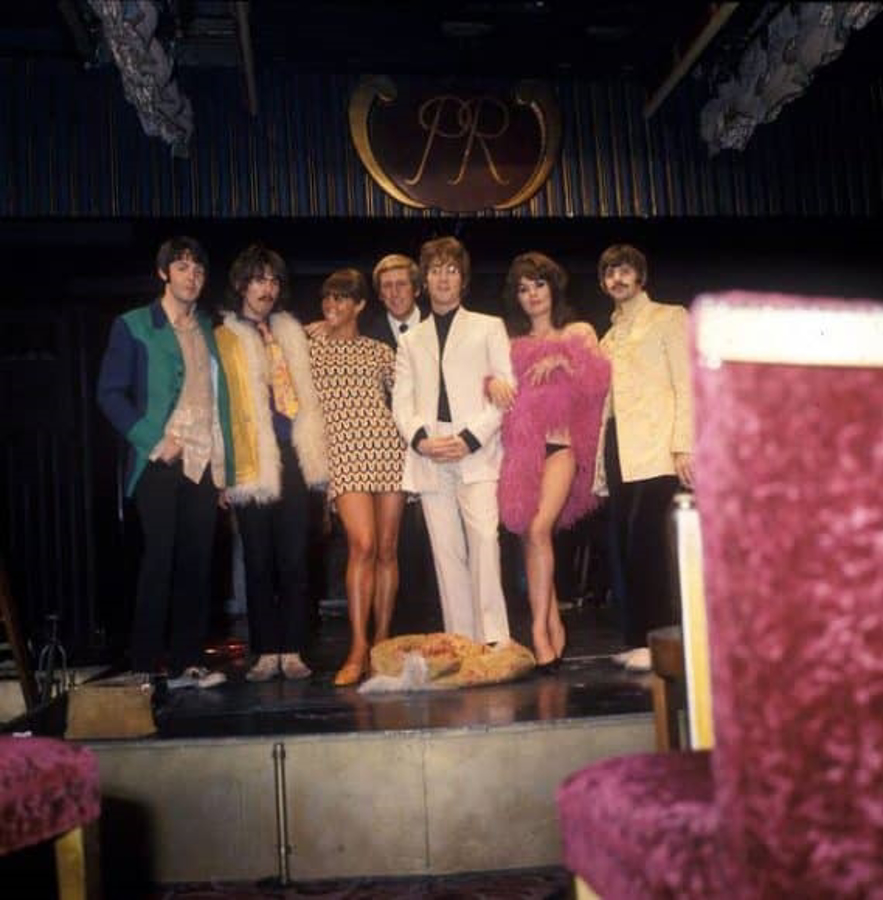 The second week of filming for the Magical Mystery Tour television special began with a visit to the Raymond Revuebar strip club in London's Soho.

The Beatles and other passengers from the coach trip were filmed watching Jan Carson's topless strip, accompanied by the Bonzo Dog Doo-Dah Band performing Death Cab For Cutie.

In the final edit, a 'Censored' sign was superimposed to obscure Carson's bare breasts. The Beatles knew that, had they failed to do so, the BBC and other broadcasting companies would have cut the entire scene.

Jan Carson was a stripper who worked for Paul Raymond during the 1960s at his famous Revuebar in London.