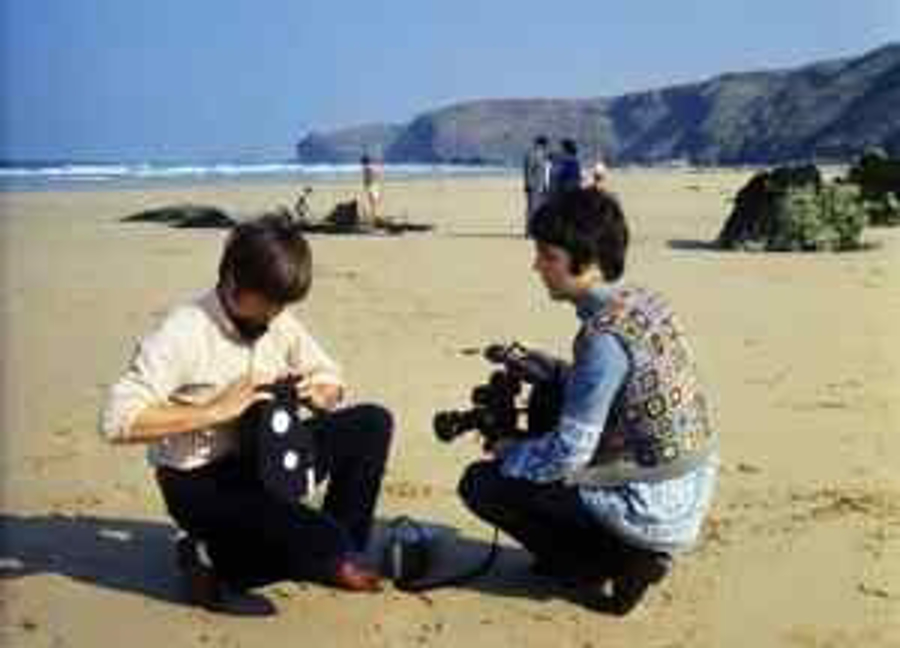 The fourth day of filming for Magical Mystery Tour began with a scene in a field near Newquay in the south west of England.

In the morning the coach party set off to look for a secluded field. Upon setting up the camera and lighting equipment, however, crowds of onlookers meant police had to deal with a traffic jam. Two scenes were filmed in the field, only one of which - the passengers crowding into a small tent - was used. The other was of George Harrison meditating in the field while wearing am oversized blue jacket.

The coach returned to the Atlantic Hotel in Newquay for a late lunch at 4pm, with music in the dining room provided by a resident band. Although the lunch was filmed, it was left out of the final cut.

In the evening, Paul McCartney, Ringo Starr, Neil Aspinall and others, including BBC radio reporter Miranda Ward, visited a pub in Perranporth where they were joined by musician Spencer Davis, who was holidaying in the area with his family.

The evening ended with a lock-in until after 2am, during which McCartney led a singalong around the pub piano. According to Miranda Ward, he sang "every pub standard bar Yellow Submarine, which he refused to play".