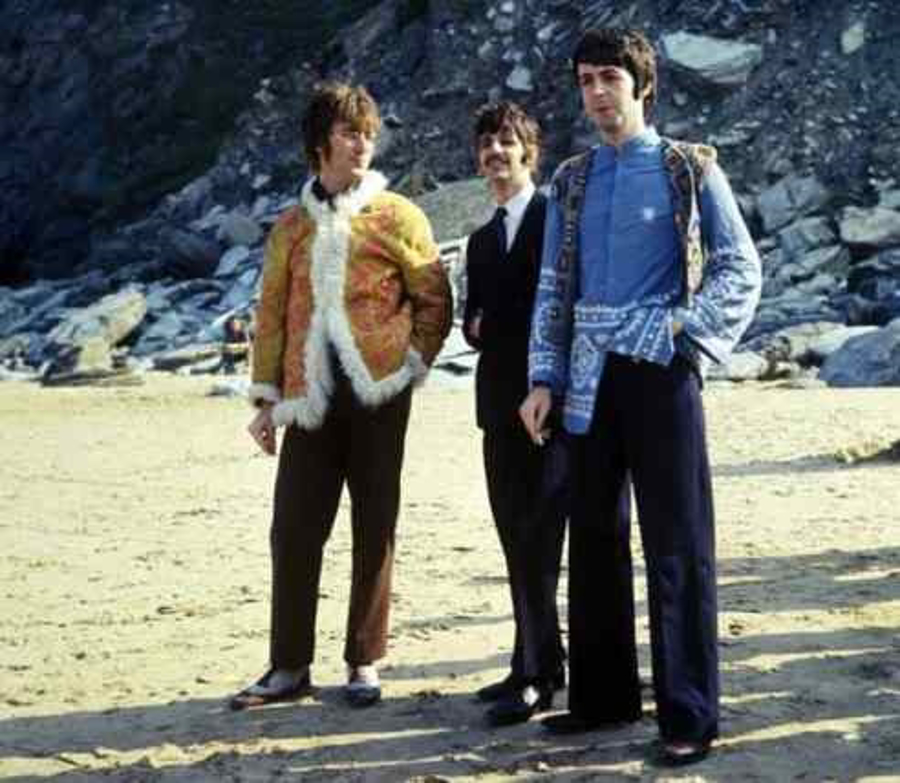 The third day of filming for Magical Mystery Tour began in Watergate Bay in Newquay in the south west of England.

In the late morning The Beatles and some of the hired actors were taken to the bay. There, the group were filmed looking through a telescope, although the scene failed to make the final cut. Aunt Jessie was also filmed with Buster Bloodvessel (Ivor Cutler) on Tregurrian Beach, although the BBC cut it too, having decided it was unsuitable for viewers.

Following lunch at Newquay's Atlantic Hotel, afternoon filming took place in two separate groups. Paul McCartney and Ringo Starr took the coach and most of the passengers to Porth near Watergate Bay.

During the journey Starr and Aunt Jessie ad libbed an argument for the cameras. In the late afternoon, on the beach at Porth, McCartney was filmed walking and cycling on a tandem with Little George the Photographer, played by George Claydon.

Back in the Newquay hotel, John Lennon directed a sequence in which Happy Nat the Rubber Man, played by Nat Jackley, chased bikini-clad women around the swimming pool. The shoot continued on the cliffs at nearby Holywell, although it was left out of the final edit.

George Harrison was the only Beatle not to take part in afternoon filming. Instead, he gave a lengthy radio interview to the BBC's Miranda Ward, half of which was broadcast on the first edition of Radio 1's Scene And Heard on 30 September 1967 from 6.30pm. The second part was broadcast on the following week's show.

Ward stayed in Newquay until Friday 15 September, and on the Thursday interviewed Ringo Starr for Scene And Heard. This was broadcast in the 14 October edition.