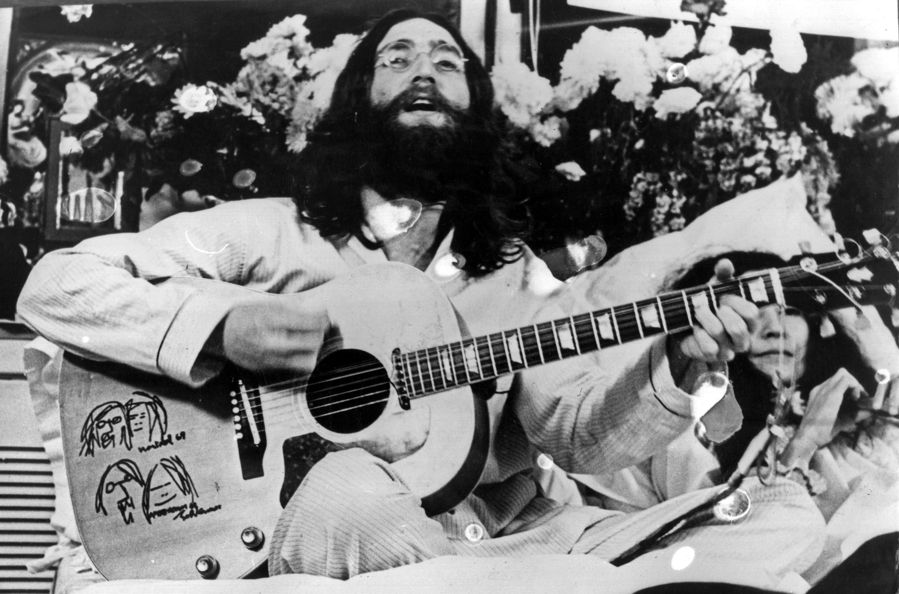 John and Yoko Ono had flown to the Bahamas from London the day before and wanted to recreate their second bed-in for peace at the Sheraton Oceanus Hotel in Freeport.

However, after one night there, they realized that they were further from the United States than they thought, so wouldn't attract as much publicity as hoped for. Also, the sweltering heat and humidity didn't seem like a good idea for the bed-in.

John was attempting to arrange a hotel stay in Toronto, Canada. Derek Taylor, Apple Corps' press officer, then announces that he has booked a direct flight from Freeport to Toronto at 5pm. Lennon strums his acoustic guitar and sings "Good old Air Canada!"

Despite being held at Toronto airport for over two hours by immigration authorities, they were eventually allowed to enter the country. They spent the night at the King Edward Sheraton Hotel, Toronto, and the following day flew to Montreal.