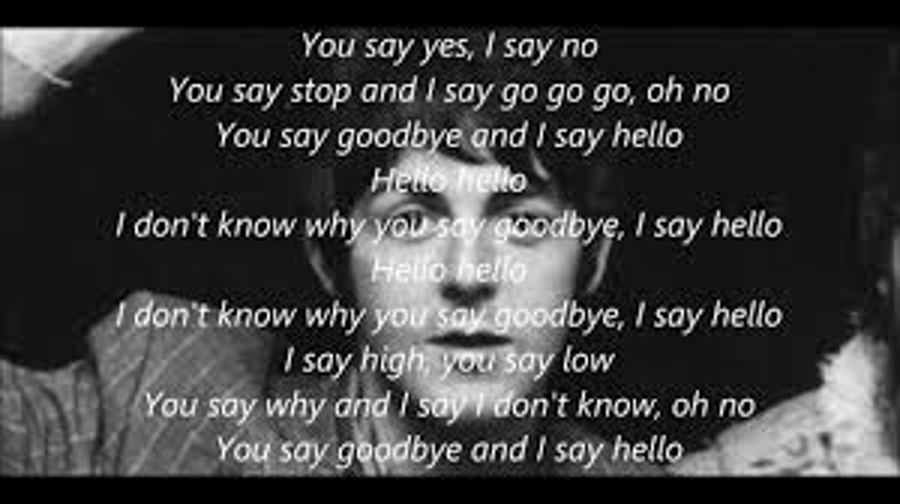 Recording: The Fool On The Hill, Hello, Goodbye

This session was booked for the overdubbing of flutes and violas onto The Fool On The Hill and Hello, Goodbye.

It took place between 7pm and 3.45am, and began with the overdubbing of flutes to The Fool On The Hill. The flautists were Jack Ellory and brothers Christopher and Richard Taylor.

The flute parts were recorded on a separate tape as take seven, as all tracks on the main tape were full. On October 25, 1967 takes six and seven were mixed in sync to create a final mono master.

Hello, Goodbye still had its working title Hello Hello at this stage. Viola players Ken Essex and Birnbaum had been booked to play between 8pm and 11pm, but the session overran and they were paid a double fee.

Paul McCartney was doodling at the piano and George Martin was sitting next to him writing down what Paul was playing.

Also during this session, Paul McCartney wiped the guitar solo and replaced it with the line "Why why why why why why do you say goodbye, goodbye?", which was treated with heavy echo.