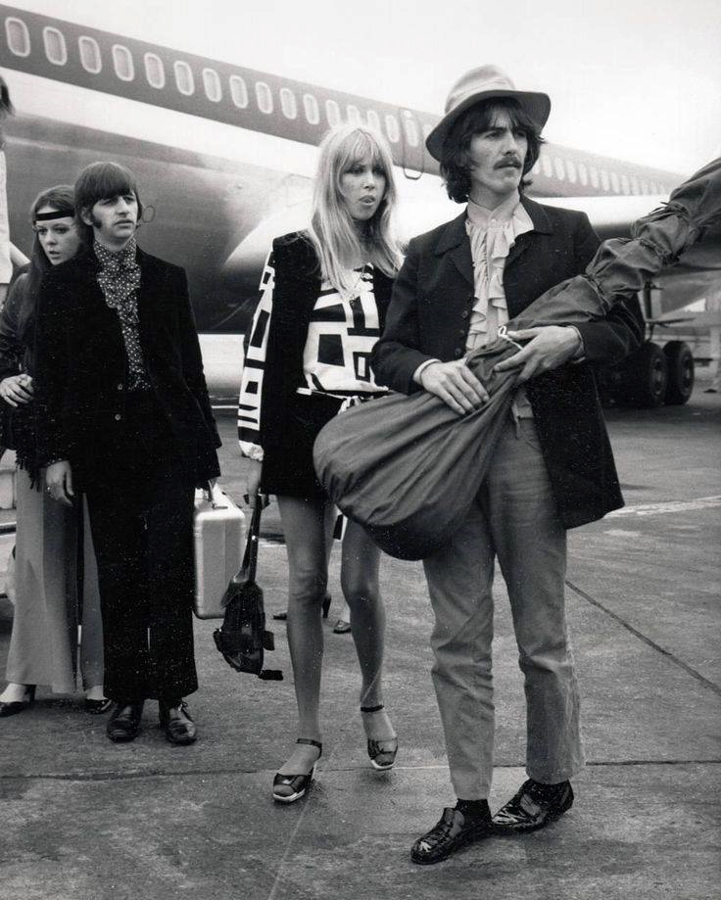 George and Pattie Harrison, Ringo Starr, Maureen Starkey and Mal Evans all flew to California on this day.

The purpose of the visit was for Harrison to make a guest appearance in Ravi Shankar's film Raga. The scene was filmed on 10 and 11 June in the Big Sur area of San Francisco, but the party stayed in Monterey during their visit.

The film was originally made under the working title East Meets West, and later known as Messenger Out Of The East before the eventual title was settled upon.

The party remained in America until until 18 June; in their absence John Lennon and Paul McCartney continued work on the White Album.