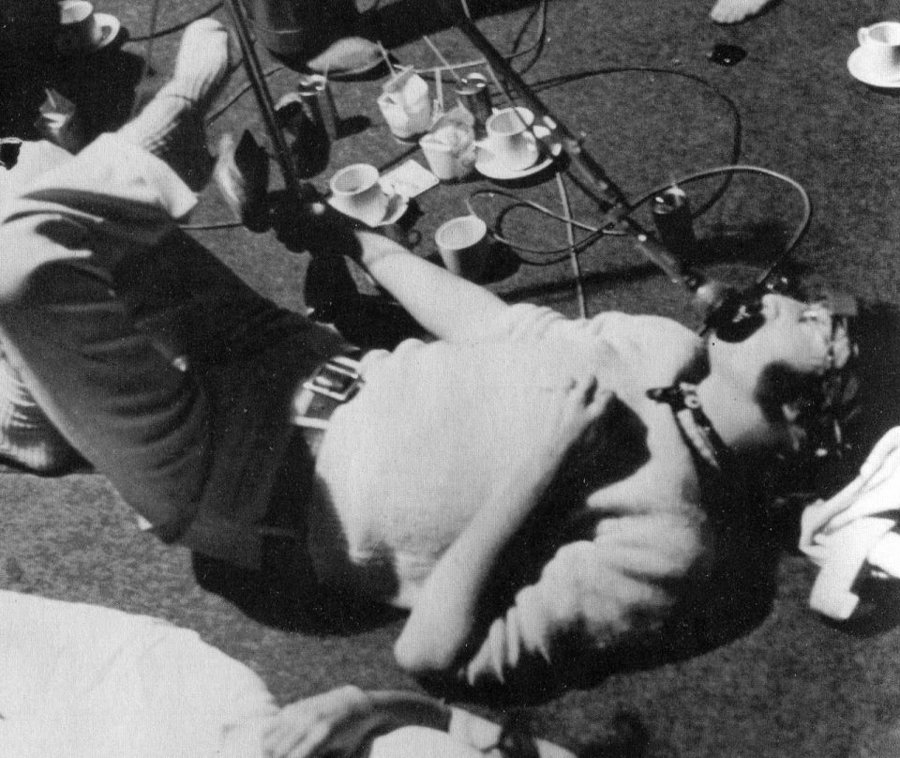 The third session for Revolution 1 featured vocal overdubs and the creation of tape loops, marking the beginning of the sound collage Revolution 9.

John Lennon decided to re-record his lead vocals at the beginning of the session, which lasted from 2.30pm-1am. This was no ordinary overdub, however: it featured Lennon lying on his back in an attempt to alter the sound of his voice.

John decided he would feel more comfortable on the floor so I had to rig up a microphone which would be suspended on a boom above his mouth. It struck me as somewhat odd, a little eccentric, but they were always looking for a different sound; something new.

Among Lennon's changes in this session was a re-recording of the line "Don't you know that you can count me out... in", making it more equivocal than it previously had been.

Paul McCartney, his new girlfriend Francie Schwartz, and George Harrison recorded more backing vocals, including the words "Mama, Dada" over and over towards the end of the song, although the song was eventually faded out before these latter parts appeared.

Ringo Starr added another drum track, Lennon played a guitar part using a tone pedal, and McCartney recorded an organ overdub. Two tape loops were also made: one of all four Beatles singing a high-pitched "Aaah", and another of a high-pitched guitar note.

The session ended with a rough mono mix being created for Lennon to take away. This has since appeared on bootleg Beatles releases, and is a fascinating document of the song as it began to take on a second life as Revolution 9.