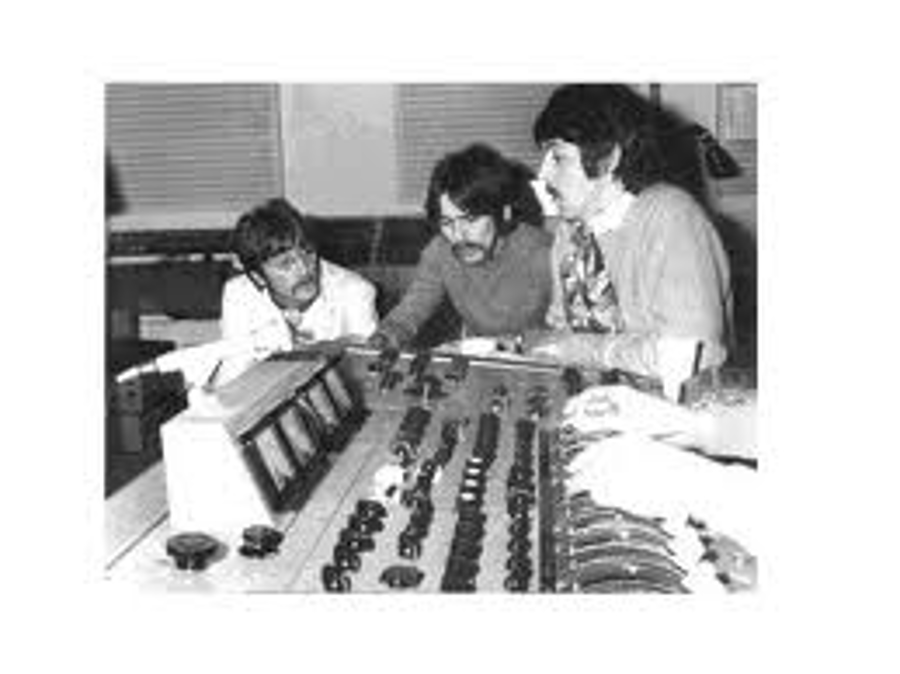 The first session took place in the control room of Studio Two, between 2.30pm and 5.45pm. Blue Jay Way was the first song to be tackled, and was mixed in stereo in two atttempts. These were known as remix mono 1 and 2.

This was followed by a single stereo mix of Flying, and edits of both songs. The balance engineer for this first session was Ken Scott.

Scott was not involved in the second session, which was held in Studio One from 9pm to 4.30am; the engineer was Geoff Emerick. It began with nine mono mixes of Blue Jay Way, numbered 20-28, followed by three more stereo mixes, numbered 10-12. The best of these - mono mix 27 and stereo mix 12 - were then edited, and became the master versions.

The third song to be mixed was Magical Mystery Tour. Two stereo mixes were made, and two overdubs were simultaneously added. During the editing of the film, John Lennon had added a spoken introduction: "Roll up, roll up for the Magical Mystery Tour! Step right this way! Hurry, hurry, hurry!" It was decided that this should be added to the record release too.

The fourth stereo mix made during the November 6, 1967 session was copied onto a new take, and Paul McCartney simultaneously recreated Lennon's spiel, although he left out the "Hurry, hurry, hurry!" section.

A tape loop of traffic noise, assembled back on April 25th, was also added. Two stereo mixes, numbered 5 and 6, were then made of Magical Mystery Tour, followed by three, numbered 8-10, in mono.

The session ended with copies of I Am The Walrus, Your Mother Should Know, Flying, Magical Mystery Tour, Blue Jay Way, The Fool On The Hill and Strawberry Fields Forever being made for Capitol Records' representative Voyle Gilmore, who took them back to the United States for release.