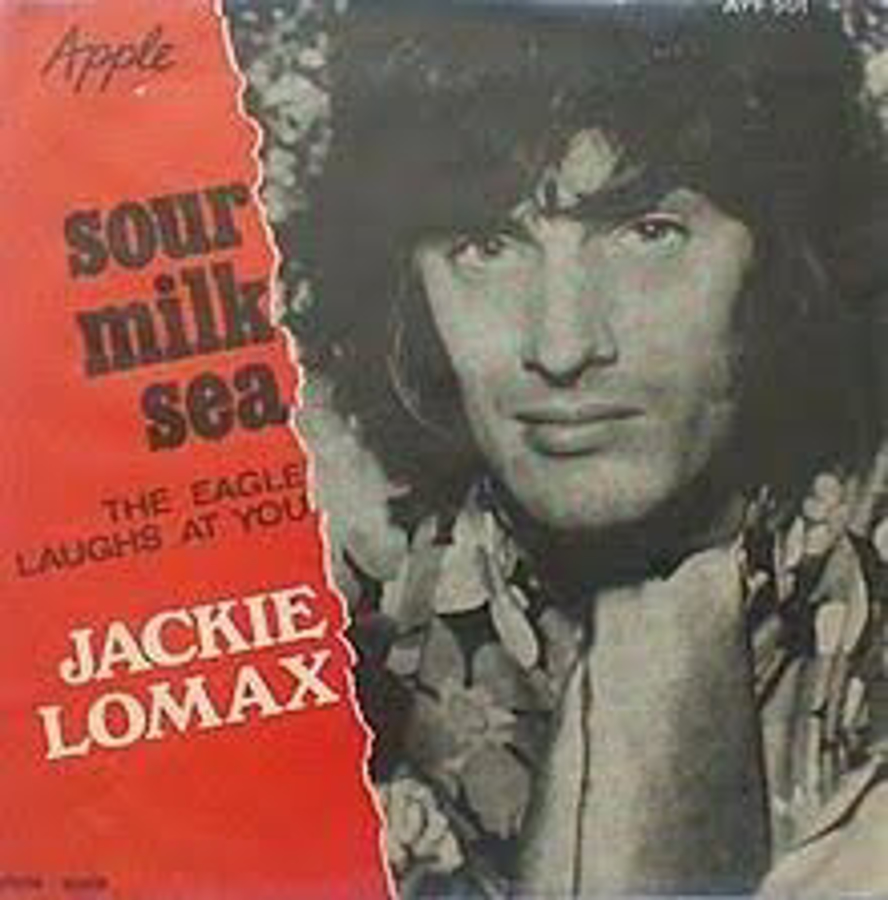 Harrison produced the songs and played acoustic guitar, with McCartney on bass, Starr on drums, Eric Clapton on guitar and Nicky Hopkins on piano. The Eagle Laughs At You featured Harrison and Clapton playing rhythm and lead guitar alongside Lomax, but no other Beatles.

For the first two of the days McCartney was out of the country, but added his bass part to Sour Milk Sea on this day. It is likely that the backing track for another Lomax song, You've Got Me Thinking, was also recorded during these sessions. McCartney also busked the song on 21 January 1969 during the Get Back/Let It Be sessions.

Jackie Lomax was the first artist to sign to The Beatles' Apple label. Sour Milk Sea was released as a single in August 1968, with the catalogue number Apple 3. It was part of Apple's "Our first four" set of singles, which also included The Beatles' Hey Jude, Mary Hopkin's Those Were The Days and the Black Dyke Mills Band's Thingumybob.

The song also appeared on Lomax's debut album, Is This What You Want?, released by Apple in March 1969.