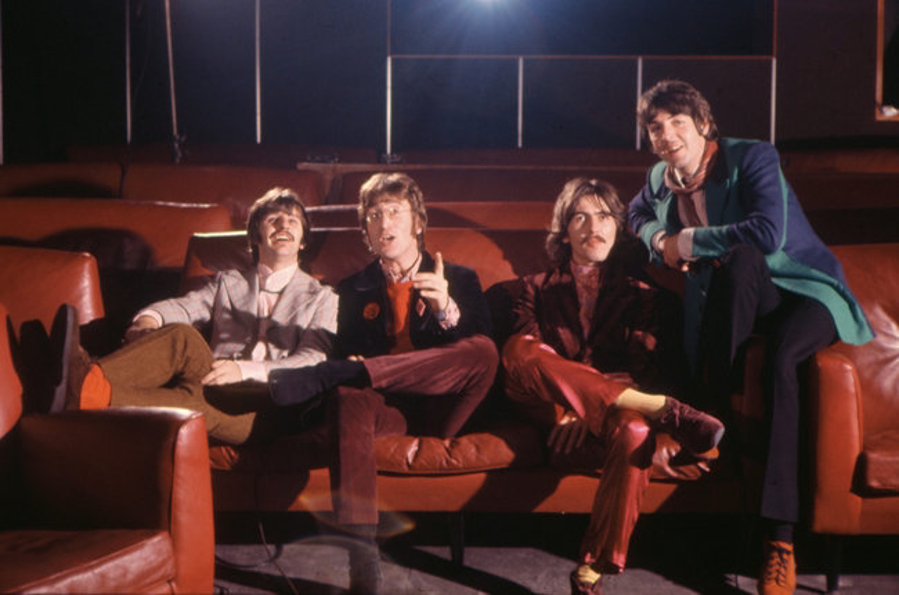 Mixing, editing: Hello, Goodbye, I Am The Walrus, Your Mother Should Know, Magical Mystery Tour

Stereo mixes of four Magical Mystery Tour songs were made in customarily swift fashion during this session, which lasted from 2.30-6pm.

The first task was the creation of two mixes of Hello, Goodbye, the second of which was used as the master version.

The song's b-side, I Am The Walrus, was the next to be tackled, and was mixed in seven attempts. As the King Lear radio feed had been incorporated directly into the mono mix rather than the multitrack tape, this necessitated some studio trickery. The first half of the stereo master was made of stereo mix six, and from the 2'03" onwards it switched to a fake stereo version of mono mix 22, made on 29 September 1967.

Fake stereo involved slashing the treble from one channel and the bass from another, and was the best that could be achieved in the circumstances. The edit was made towards the end of the session.

Your Mother Should Know was the third song to be mixed, and took two attempts. It was followed by four of the Magical Mystery Tour title track. These were judged to be unsatisfactory, however, and further recording took place on November 7th.