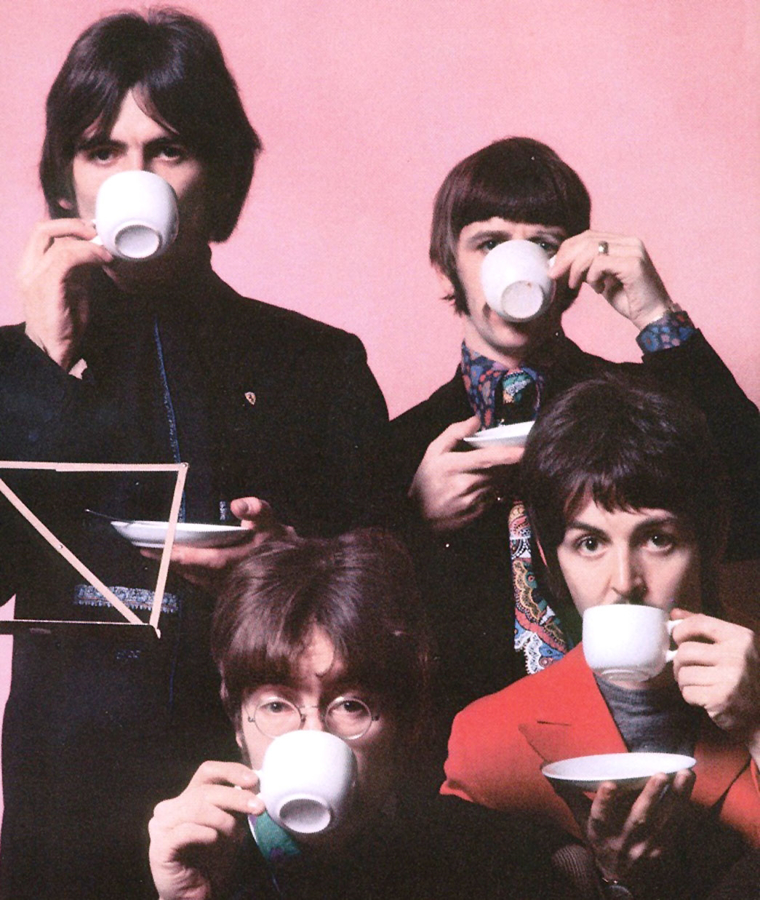 The Beatles' fifth fan club Christmas record was recorded and mixed on this day, between 6pm and 2.45am. This was the group's final recording session in 1967.
[amazon template=iframe image2&asin=B000034CGB]

The song, credited to Lennon-McCartney-Harrison-Starkey, was titled Christmas Time (Is Here Again). It featured all four Beatles on vocals, as well as producer George Martin and actor Victor Spinetti.

The original recording lasted 6'37". The theme song was taped in a single take, with Paul McCartney on piano, George Harrison playing an acoustic guitar, Ringo Starr on drums and John Lennon joining in on a bass drum. The Beatles then added two sets of lead vocals, singing the title phrase repeatedly, and Starr singing "O-U-T spells 'out'". The song had 10 verses, the last of which was instrumental.

The group then recorded 10 takes of speech and sketches, overlaid with sound effects. These included parodies of radio and television broadcasts, a tap dancing duet by Starr and Spinetti, a brief rendition of Plenty Of Jam Jars by "The Ravellers", and a spoof advert for the miraculous product Wonderlust. It ended with a nonsense poem by John Lennon, narrated on top of an organ version of Auld Lang Syne.

The Beatles' Christmas Fan Club single, 1967Once recording was complete, the song was mixed in mono. Four mixes were made, of take 1 (music), and takes 2, 6 and 10 (speech). The parts were edited together on the following day, and the completed version was then sent to Lyntone Records, who pressed the fan club flexi-disc.

The 1995 single Free As A Bird single contained a 3'03" mix of the Christmas Time (Is Here Again) song. Towards the end of this version, somewhat incongruously, some Christmas Beatle greetings from 1966 were included.

Christmas Time (Is Here Again) was the group's last Christmas disc to be recorded together at Abbey Road. In 1968 and 1969 their contributions were recorded separately, and edited together to give a sense of unity.

The Beatles' recording session for this day ended at 2.45am, but John Lennon stayed behind to compile tapes for the National Theatre production of a play he had written, Scene Three, Act One, based on a piece from his 1964 book In His Own Write.