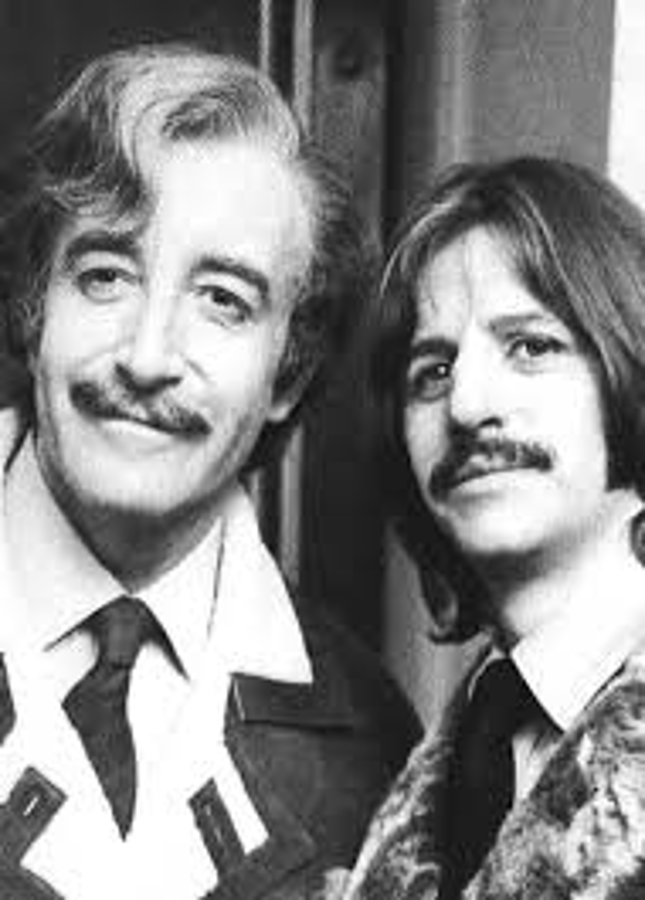 Ringo Starr and Peter Sellers made a joint appearance on the Frost On Sunday television show on this day for the promotion of their film The Magic Christian.

The show was broadcast later that night, from 11.10pm-midnight, on London Weekend Television. It was filmed in colour in Studio One at Wembley Studios in London. Also appearing on the show was Sellers' fellow Goon Show member Spike Milligan, who also appeared in the film.

The clip begins with Sellers explaining the subject and background of the film. Milligan's scene is then shown, after which he joins Starr and Sellers. A series of silly voices, character parts and visual gags inevitably follows, leaving Frost struggling to get a word in.

Likewise, Starr is effectively sidelined, although he and Sellers do sing a brief version of Octopus's Garden. Another clip is then shown, of the Sotheby's auction scene featuring John Cleese.

The clip survives in audio only; no version with visuals is known to exist.