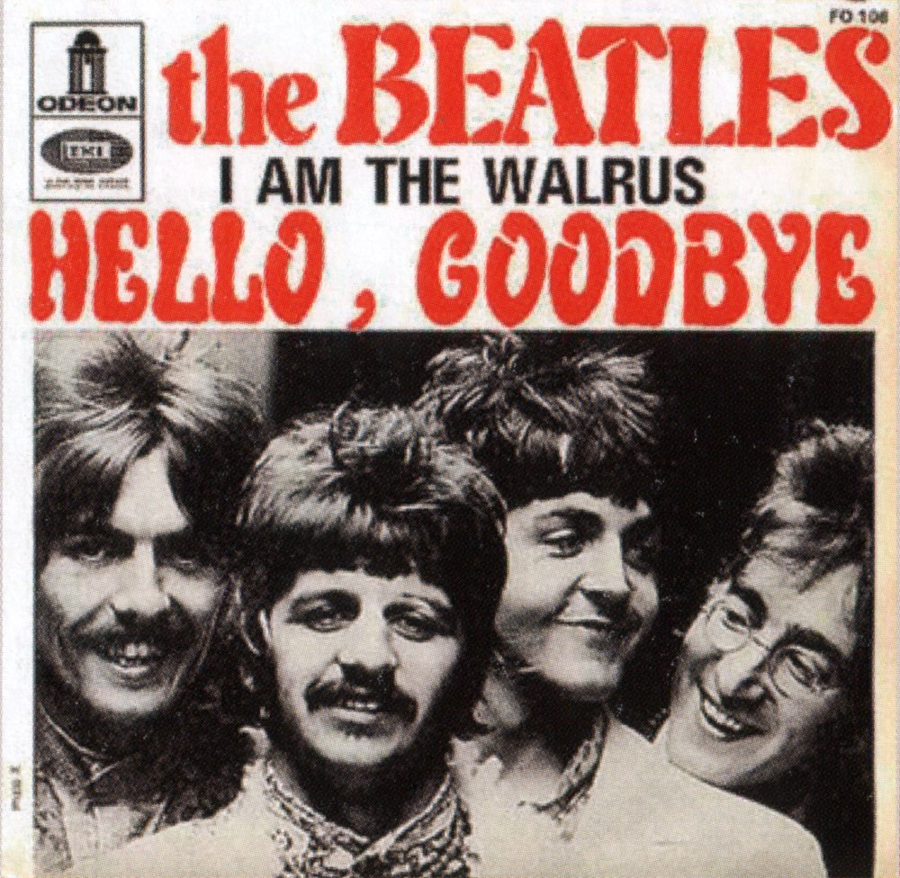 The Beatles' third and final single of 1967 was issued in the UK on this day: Hello, Goodbye, with I Am The Walrus as its b-side.

Hello, Goodbye single - United KingdomThe single was their 16th for EMI, and had the catalogue number Parlophone R 5655.

Hello, Goodbye was an instant hit, entering the charts at number three, and climbing to the top spot the following week. Within three weeks of being on sale the single had sold over 500,000 copies, and it became the nation's Christmas number one single for 1967.

Due to unexpected demand EMI sub-contracted Decca to press a number of singles at their Pressing Plant. These can be identified by a four-pronged push-out centre of the 7" disc; the EMI version had a solid label. The Decca version is the slightly rarer of the two.