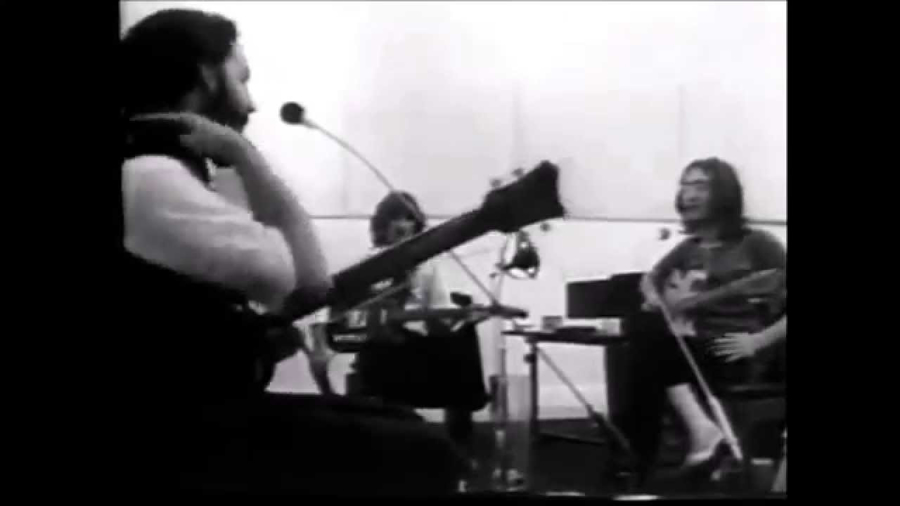 The Get Back/Let It Be sessions on day nine was the second full one without George, who had walked out of Twickenham Film Studios 4 days before.

It was clear by this stage that The Beatles were unable to function in any meaningful way as a trio, and motivation and inspiration hit a low mark on this day. As with other Twickenham rehearsals, it began with Paul McCartney working alone at a piano, although there is little of the energetic enthusiasm which he brought to the earlier days.

Once John Lennon and Ringo Starr had arrived, they performed a mix of improvised songs, golden oldies and original compositions, as had become customary in these sessions. One of the songs was Woman, the McCartney song given in 1966 to Peter & Gordon, which had the only known Beatles performance on this day. Another was The Back Seat Of My Car, later to be one of the highlights of McCartney's 1971 album Ram.

The day ended with McCartney alone at the piano, performing Oh! Darling and a brief version of Ob-La-Di, Ob-La-Da, for Glyn Johns to test the audio equipment. On this day Lennon and Ono were also interviewed by a reporter from Canada's CBC-TV. It took place around midday and lasted for 30 minutes, and has since become known as the Two Junkies interview.

Lennon was clearly high on heroin during the interview, growing paler and more restless as it progressed. Eventually he said "Excuse me, I feel a bit sick" and the camera was turned off. The second half of the conversation was noticeably livelier, and Lennon discussed live performances, inspiration, and the couple's future plans.