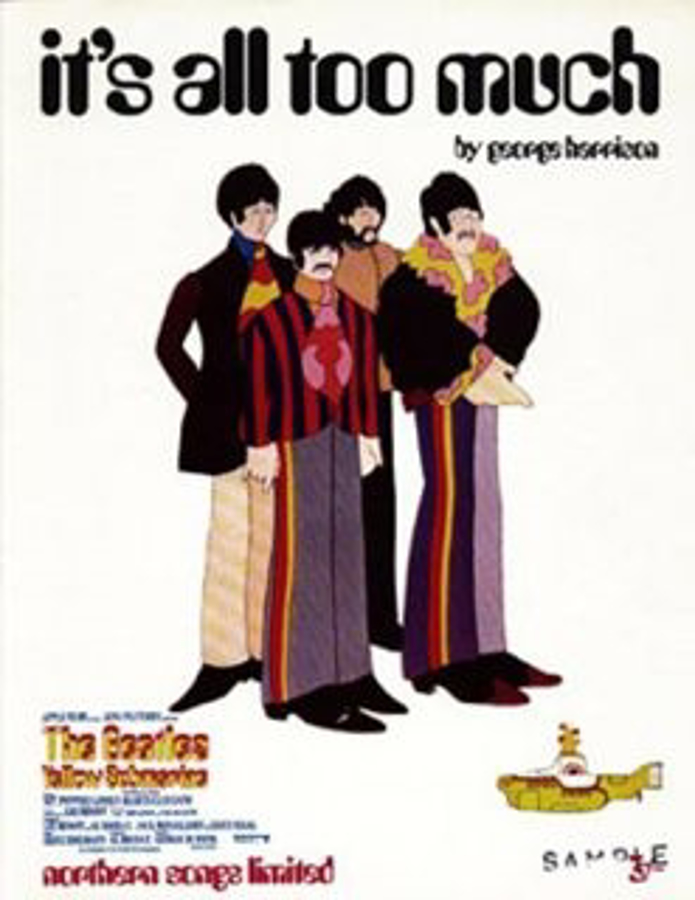 Recording: It’s All Too Much

The Beatles recorded away from EMI Studios once again on this day, moving to the independent De Lane Lea Studios, then situated at 129 Kingsway, London.

The purpose of the session was the recording of George Harrison's song It's All Too Much for the Yellow Submarine film soundtrack. Neither producer George Martin nor balance engineer Geoff Emerick were available, so the studio's in-house engineer Dave Siddle and tape operator Mike Weighell did the honours.

Following considerable rehearsals the backing track for It's All Too Much was recorded in four takes on this day, though at this point the song was known simply as Too Much. It featured organ, bass guitar, distorted lead guitar and drums. The session took place from 7pm-2.30am.