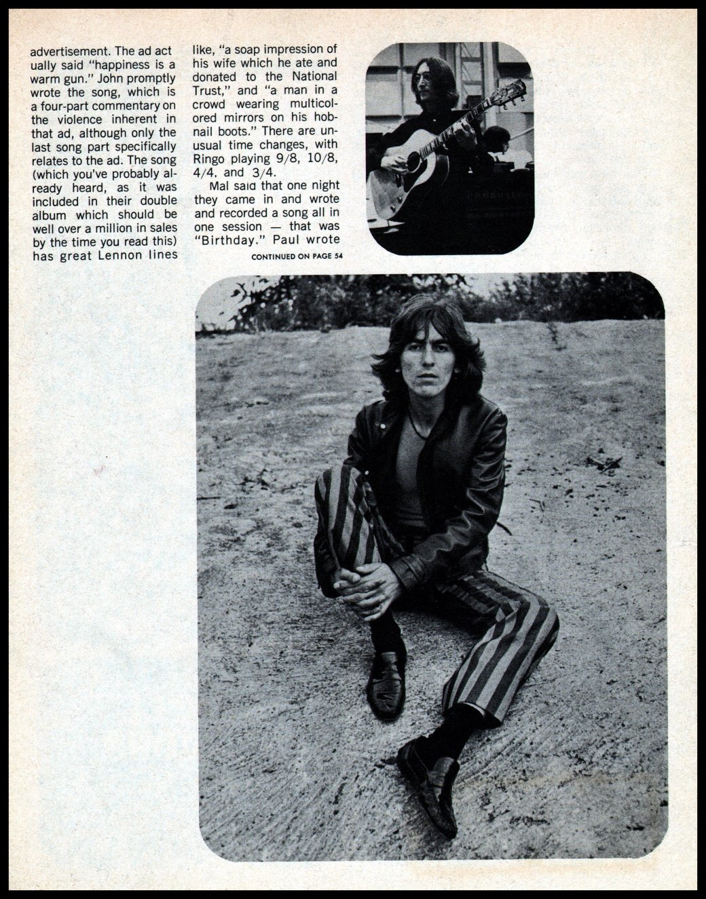 The feud between Harrison and John Lennon remained unresolved, so a meeting was scheduled, but not a success and George Harrison left early without agreeing to rejoin The Beatles.-