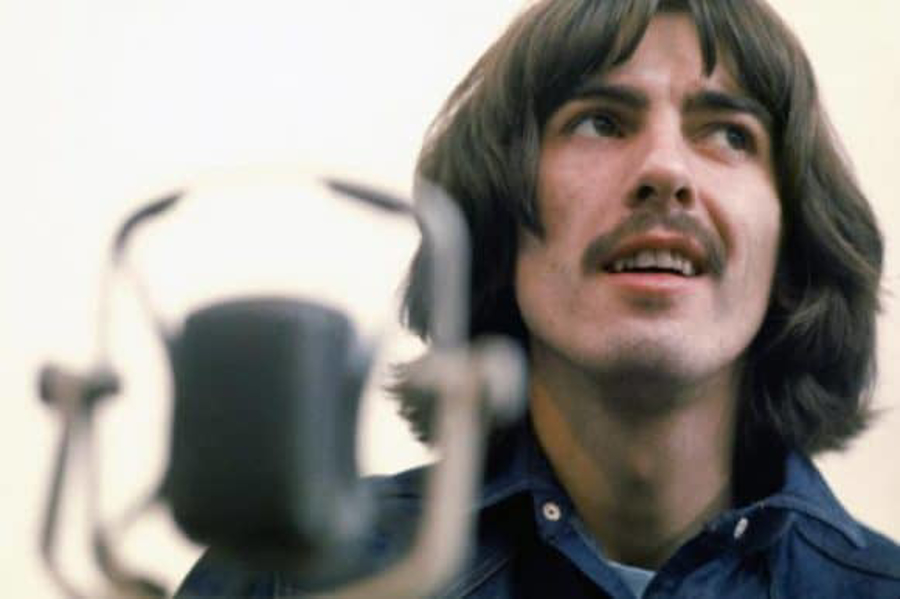 George Harrison walked out of the studio today, unable to tolerate any longer the tensions within the group - just as Ringo Starr had temporarily quit The Beatles in August 1968,

The Beatles were at Twickenham Film Studios, where their rehearsals were being captured on camera. The day began with Paul McCartney working alone at a piano, playing through a number of songs that the group had been working on during the previous week. These included solo versions of I've Got A Feeling and Get Back, which were usually performed with guitars.

The Beatles, still as a group, worked hard on Get Back during the morning. McCartney still hadn't finalised the lyrics, but Tucson, Arizona was emerging as a setting. For one run-through John Lennon took the lead vocals.

Following several attempts at working Get Back into shape, The Beatles moved onto Two Of Us. After breaking for lunch, however, George Harrison walked out of the studio.

Everybody had gone through that. Ringo had left at one point. I know John wanted out. It was a very, very difficult, stressful time, and being filmed having a row as well was terrible. I got up and I thought, 'I'm not doing this any more. I'm out of here.' So I got my guitar and went home and that afternoon wrote Wah-Wah.

It became stifling, so that although this new album was supposed to break away from that type of recording (we were going back to playing live) it was still very much that kind of situation where he already had in his mind what he wanted. Paul wanted nobody to play on his songs until he decided how it should go. For me it was like: 'What am I doing here? This is painful!'

Then superimposed on top of that was Yoko, and there were negative vibes at that time. John and Yoko were out on a limb. I don't think he wanted much to be hanging out with us, and I think Yoko was pushing him out of the band, inasmuch as she didn't want him hanging out with us.

It's important to state that a lot of water has gone under the bridge and that, as we talk now, everybody's good friends and we have a better understanding of the past. But talking about what was happening at that time, you can see it was strange.