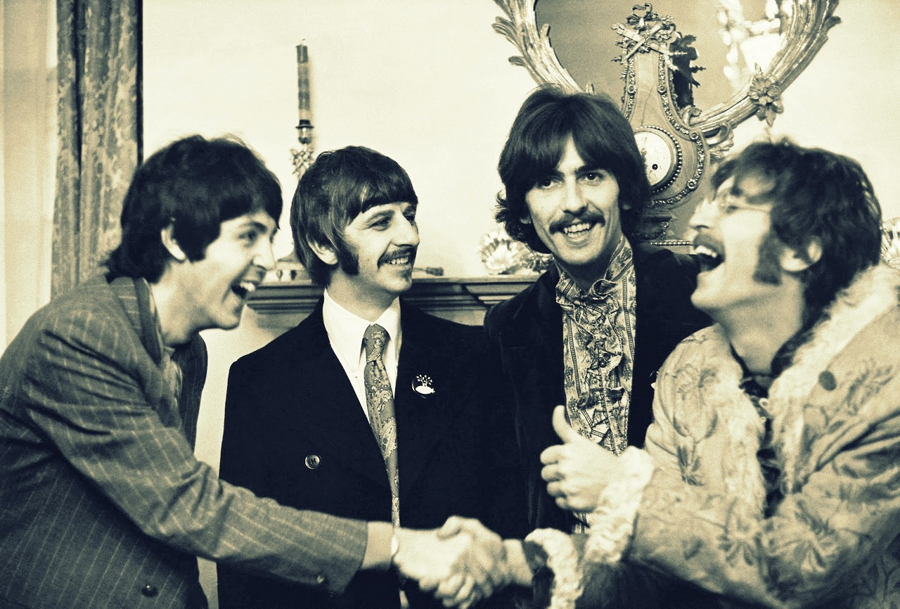 The BBC bans A Day In The Life

BBC disc jockey Kenny Everett gave the official preview of Sgt. Pepper's Lonely Hearts Club Band on this day, on the radio show Where It's At, broadcast on the BBC Light Programme from 4pm.

Where It's At was hosted by Chris Denning, but included a pre-recorded two-part feature by Everett about the album. This feature included pre-recorded interviews with John Lennon, Paul McCartney and Ringo Starr.

The feature sections were heard at the beginning and end of Denning's 90-minute show. Lennon spoke about the title track and Lucy In The Sky With Diamonds, and mentioned the group's use of artificial double tracking (ADT) in the studio. Starr discussed The Beatles' past year, and McCartney spoke about why the album had taken so long to appear.

Extracts from every Sgt Pepper song were broadcast, apart from one. Everett was unable to play the album's final track - A Day In The Life as the corporation had banned it the previous day on the grounds that it promoted a permissive attitude towards drug taking.

Also on this day, John and Cynthia Lennon, George and Pattie Harrison and Brian Epstein took afternoon tea at Sunny Heights, the house owned by Ringo Starr and his wife Maureen.