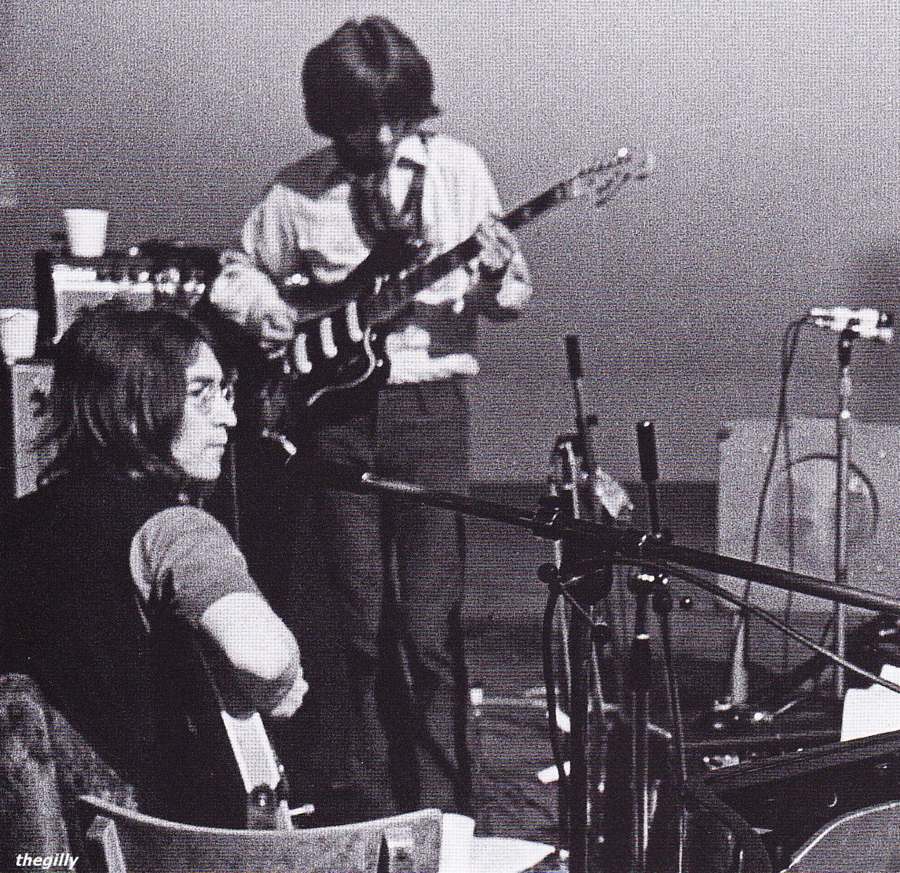 The Get Back/Let It Be sessions were a typical blend of original song rehearsals and jam sessions on this 4th day of recording.

Get Back was lacking most of its final lyrics in the verses. Although it was later held over for the Abbey Road album, Maxwell's Silver Hammer also made an appearance on this day.

They also performed early versions of Golden Slumbers and She Came In Through The Bathroom Window, and Lennon led the group through three versions of Gimme Some Truth, a song which he'd later record for 1971's Imagine album.

John Lennon tried to get the group interested in Across The Universe, which they had recorded in February 1968. Nearly a year on, and Lennon struggled to remember the words, and the performance lacked the elegantly light touch that the earlier recording had.

The day was spent on I've Got A Feeling and Don't Let Me Down, which had been earmarked early on during the Twickenham sessions as contenders for the mooted live performance. At this stage the songs weren't developing significantly, but were instead being rehearsed multiple times until The Beatles were happy they were familiar with the structure.