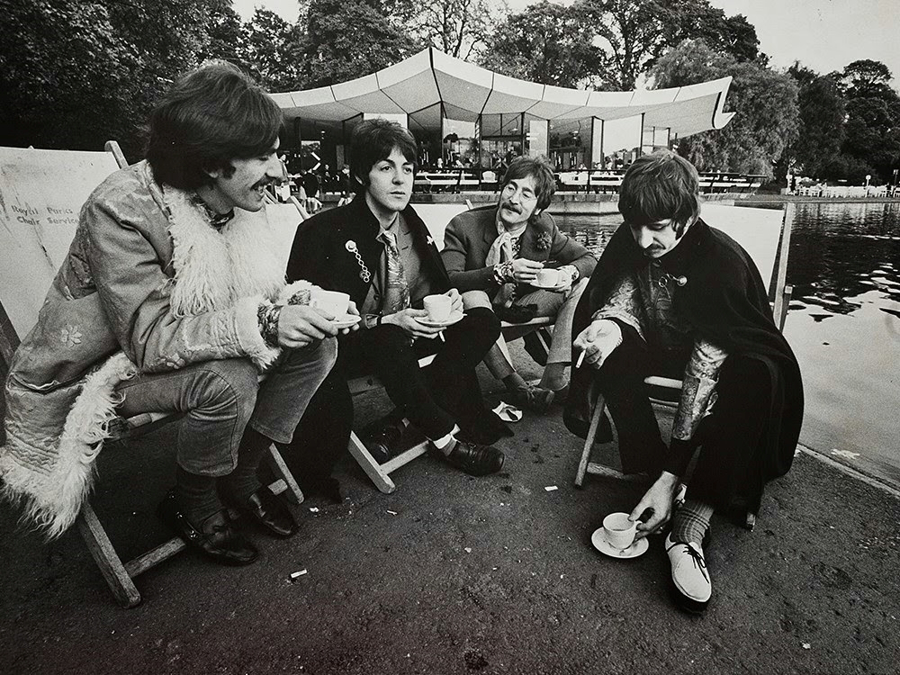 On May 18, 1967, The Beatles had a photo session in Hyde Park with Marvin Lichtner from Time Magazine. Mal Evans was along for the ride, and a couple of his photos can be seen in The Beatles Monthly Book no. 49. This photo session was overshadowed at the time by the next day's event: The press party for the release of Sgt Pepper's Lonely Hearts Club Band.
But they are nice, these photos, and they only pop up occasionally, so today's blog will be about them.
Paul was driven to the location by Terry Doran, while the three others arrived from the suburbs in John Lennon's psychedelically painted Rolls Royce. Or did they? The photo underneath is dated as May 18th. The car had recently been painted, so this may have been one of it's first outings in the new design - or is it too early? In fact, the invoice for the work and materials used are dated May 24th. The artist responsible for the painting, Steve Weaver worked on the car over at J.P. Fallon Painters, and there are photos of the car being unveiled on May 26th, so the inclusion of the photo here is a puzzle.