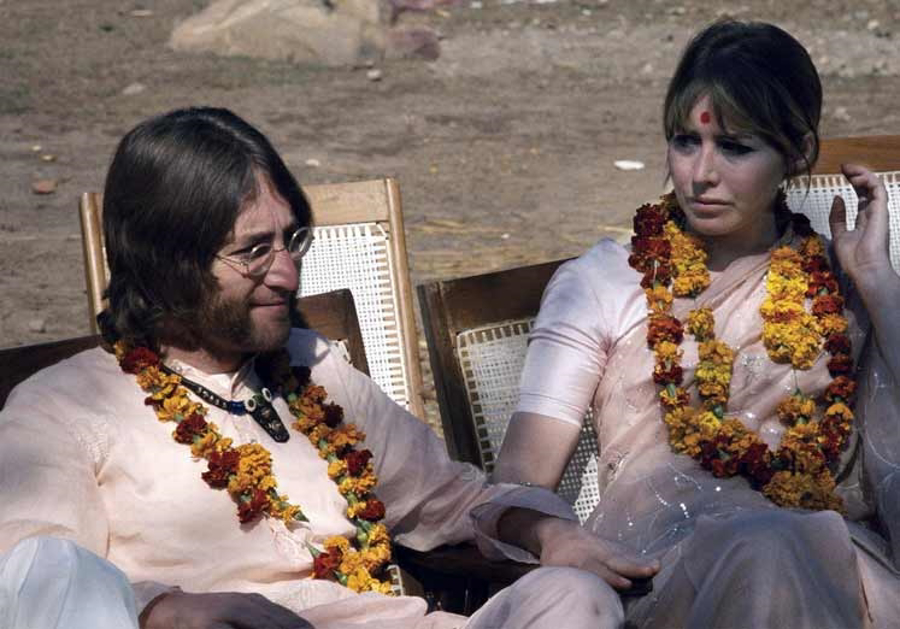 The Beatles are in India and their approach to meditation was marked by a friendly competitiveness among the four band members. Lennon was complimentary about Harrison's progress, saying: "The way George is going, he'll be flying a magic carpet by the time he's forty." While Lennon was "evangelical in his enthusiasm for the Maharishi", according to his wife, Cynthia, she herself was "a little more sceptical". Cynthia later wrote that she "loved being in India" and had hoped she and Lennon would "rediscover our lost closeness"; to her disappointment, however, Lennon became "increasingly cold and aloof". The Lennons' room contained a "four-poster bed, a dressing table, a couple of chairs and an electric fire". Lennon played guitar, while his wife drew pictures and wrote poetry between their long meditation sessions. After two weeks Lennon asked to sleep in a separate room, saying he could only meditate when he was alone. Meanwhile, he walked to the local post office every morning to check for Ono's almost daily telegrams. One of these telegrams read: "Look up at the sky and when you see a cloud think of me".