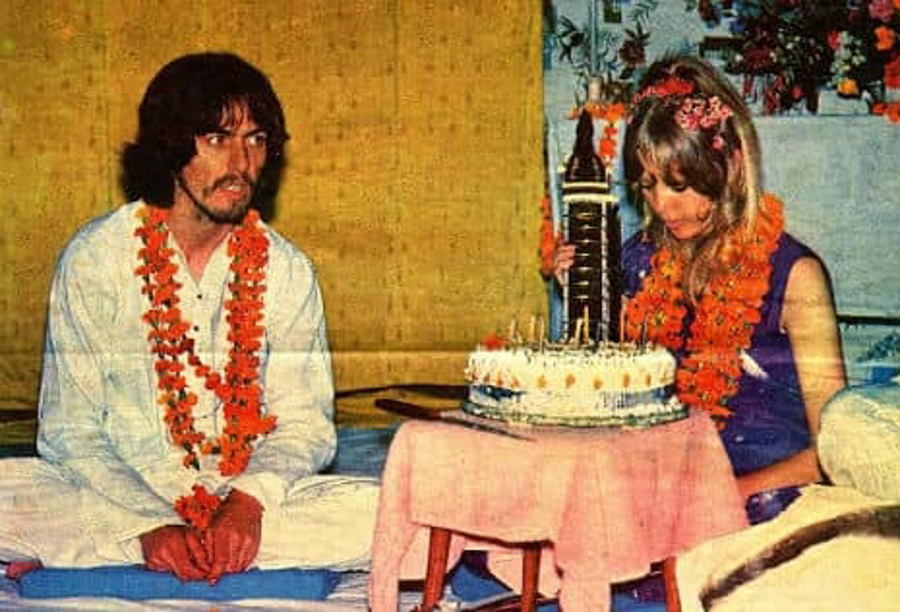 A number of photographs from this day were published in April 1968 in an edition of British music magazine Disc And Music Echo. They included Pattie being given her birthday cake, The Beatles with local entertainer Shah Jahan and flautist friend Paul Horn, George Harrison checking a yogi's pulse, and Paul McCartney playing a tamboura.