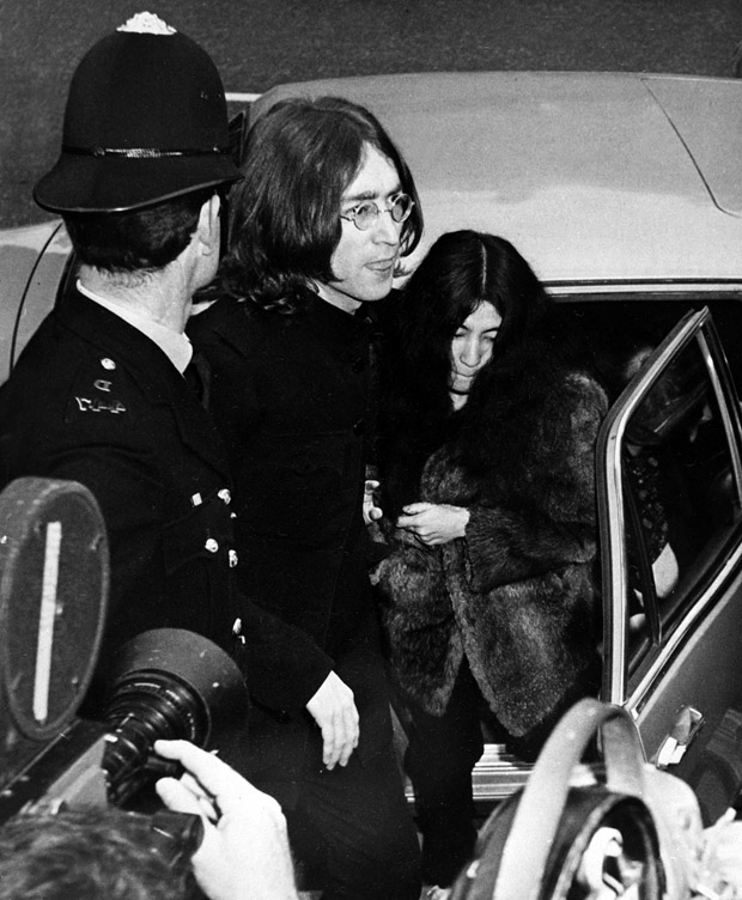 John and Yoko are arrested for drug possession at their home near Montagu Square in London, England. The arrests came at a tempestuous time for the couple. Only days earlier, an announcement was made that Ono was pregnant, creating a scandal because both Lennon and Ono were still married to other people. Her pregnancy ended in a miscarriage a few days after the arrest.

Detective Sergeant Norman Pilcher, the instigator behind the raid on Lennon and Ono, was an anti-drug zealot who would later arrest George Harrison and his wife on similar charges. While Lennon was frantically trying to get rid of the evidence, the police read a warrant through a bedroom window and then broke down the front door. Drug-sniffing dogs found 200 grams of hashish, a cigarette rolling machine with traces of marijuana, and half a gram of morphine. However, the couple denied that the drugs belonged to them.

When the matter finally approached trial, Lennon pleaded guilty because he was worried that Ono would be deported. He was fined £150 and warned that another offense would bring a year in jail.