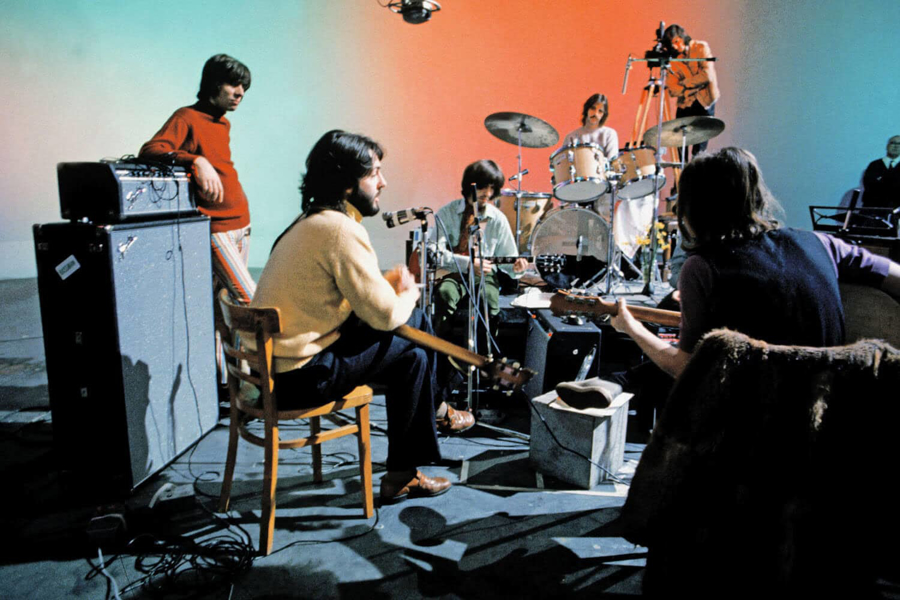 The Beatles (with Billy Preston) in the recording studio (Apple Studios, London). They record ten takes of Get Back. The tape operator for this session is Alan Parsons.

Billy Preston improved the shape of the song - but John Lennon was yet to develop his guitar solo and the galloping rhythm of the final version was not yet in place. And....Paul McCartney decided that Get Back would be complete with just two verses.

One of the takes was chosen by Glyn Johns for the first iteration of the Get Back album, which was rejected for release by The Beatles. This album was eventually circulated as Kum Back, one of the first Beatles bootleg collections.

Although work on Get Back dominated the day, The Beatles also spent some time on Oh! Darling, which was eventually held over for Abbey Road. Ringo Starr also played a piano version of Octopus's Garden, which was later developed further than the three-chord arrangement he had at this time.

No more successful was a version of Eddie Cochran's Twenty Flight Rock, one of the songs with which McCartney impressed Lennon by performing on the day they first met, 6 July 1957. Unfortunately, 12 years later McCartney was unable to remember all the lyrics, although The Beatles nonetheless managed a fairly spirited performance.