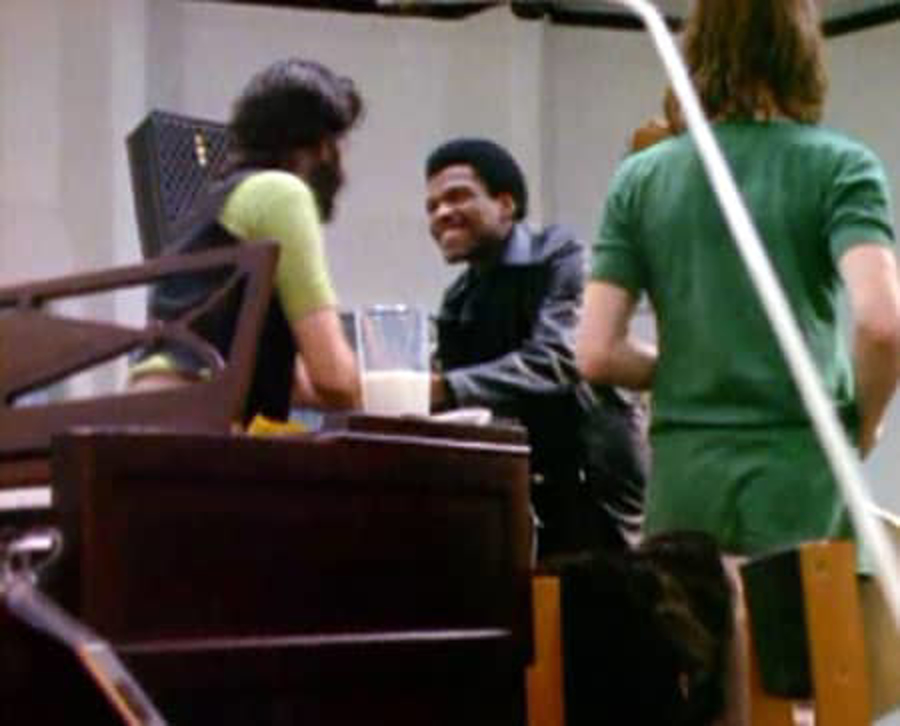 Billy Preston had been invited to Apple by George Harrison. Preston had first met The Beatles in Hamburg in the early 1960s, and was in London playing with Ray Charles.

His presence improved the mood for the day. He played piano and keyboards which helped flesh out the sound considerably.

Three songs on this day - Don't Let Me Down, I've Got A Feeling and Dig A Pony were included on 1996's Anthology 3.

This version of I've Got A Feeling, plus different ones of Dig A Pony and Don't Let Me Down, were selected for Glyn Johns' first Get Back album, which was rejected for release by The Beatles. Also included were Rocker, a Beatles jam in the style of Chuck Berry, and a cover version of The Drifters' Save The Last Dance For Me.

The only other notable attempt at a cover version from this day was A Taste Of Honey, first recorded by The Beatles in early 1963 for the Please Please Me album. On this day, however, the performance broke down almost before it even got going.