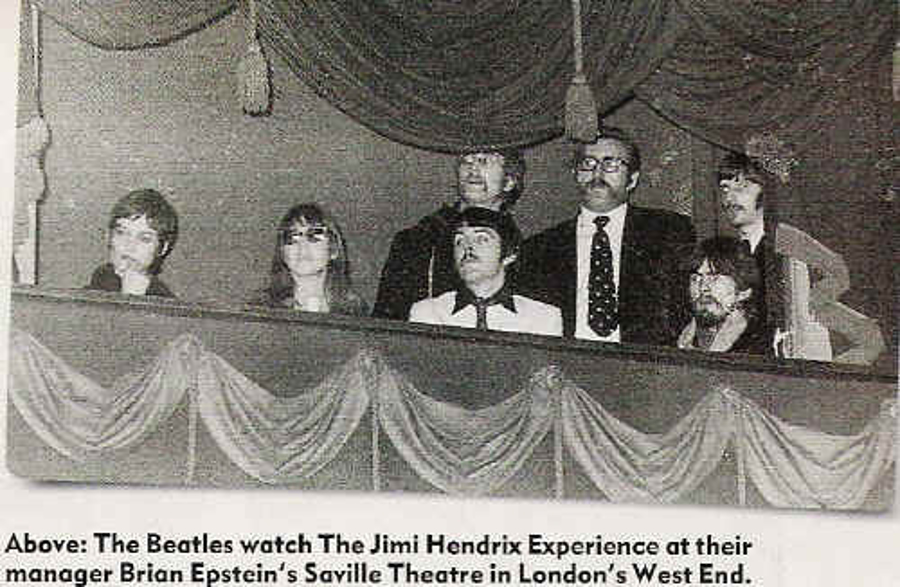 Jimi Hendrix made a public display of his admiration for The Beatles when their seminal classic 'Sgt. Pepper's Lonely Hearts Club Band' was released during the 'Summer of Love' in 1967.

Purchasing the record on the day of its release, he performed the title track just two days later at the Saville Theatre in London's Shaftesbury Avenue.

Unbeknown to Hendrix, some of The Beatles were actually in the audience, listening intently to his audacious performance.

Speaking at a later date, Paul McCartney spoke of his honour of the tribute, calling the performance "simply incredible, perhaps the best I have ever seen him play".