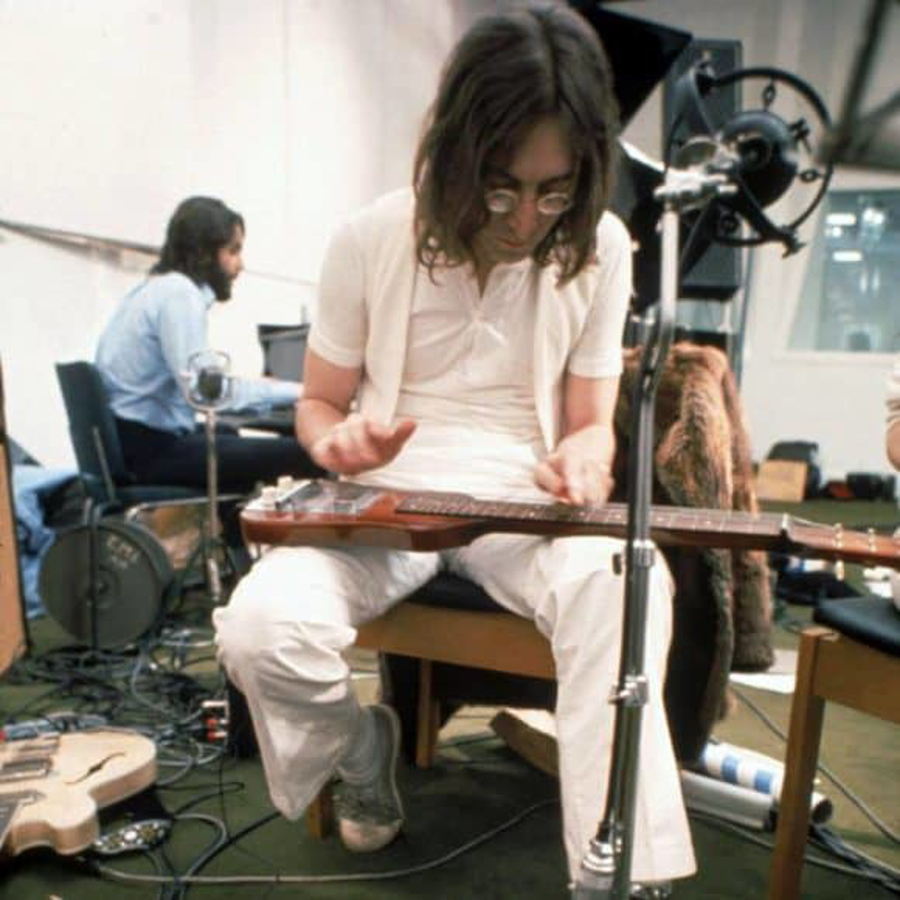 The Beatles resumed work the Get Back/Let It Be sessions with the film crew present. This was the first formal day of work following George Harrison's temporary departure from the group, and saw them relocate from Twickenham Film Studios to the group's own Apple Studios, in the basement of their headquarters in Savile Row, London.

Harrison had agreed to rejoin The Beatles on January 15th, though not without certain conditions being met. He insisted that they work at Apple Studios, and made it clear that he would leave for good unless the notion of a live show before an audience was abandoned. He did, however, agree to be filmed making an album, and for a potential live performance in some form.

The Beatles had met the day before at Apple Studios to test the equipment installed by Alexis 'Magic Alex' Mardas. It was found to be unsatisfactory, and new kit was borrowed from EMI. This day's session didn't start until the afternoon, perhaps due to installation issues.

The Beatles had barely moved on following their week off. They still spent much time working on Dig A Pony, I've Got A Feeling and Don't Let Me Down, but their playing was often sloppy and aimless.

One of the takes of Dig A Pony was introduced by Lennon as "I Dig A Pigmy by Charles Hawtrey and the Deaf Aids. Phase one, in which Doris gets her oats." This was later used as the opening for the Let It Be, immediately before Two Of Us.

Paul McCartney brought a new song, Every Night, to the session. This was performed again on 24 January, but was eventually held over until his debut solo album McCartney. A song by Harrison, titled Window, Window, was introduced on this day and took shape on 24, 25 and 26 January. However, despite recording a solo demo over a year later, it was never released in his lifetime.

John Lennon played a new song idea, All I Want Is You, which was unrelated to Dig A Pony. He also revived Madman, a song previously played on 14 January, but it, too, was taken no further.

The only song from this day to have been officially released was a version of She Came In Through The Bathroom Window, which appeared on 1996's Anthology 3 (the date was incorrectly listed as 22 January in the album booklet), featuring Lennon on Fender Rhodes electric piano.