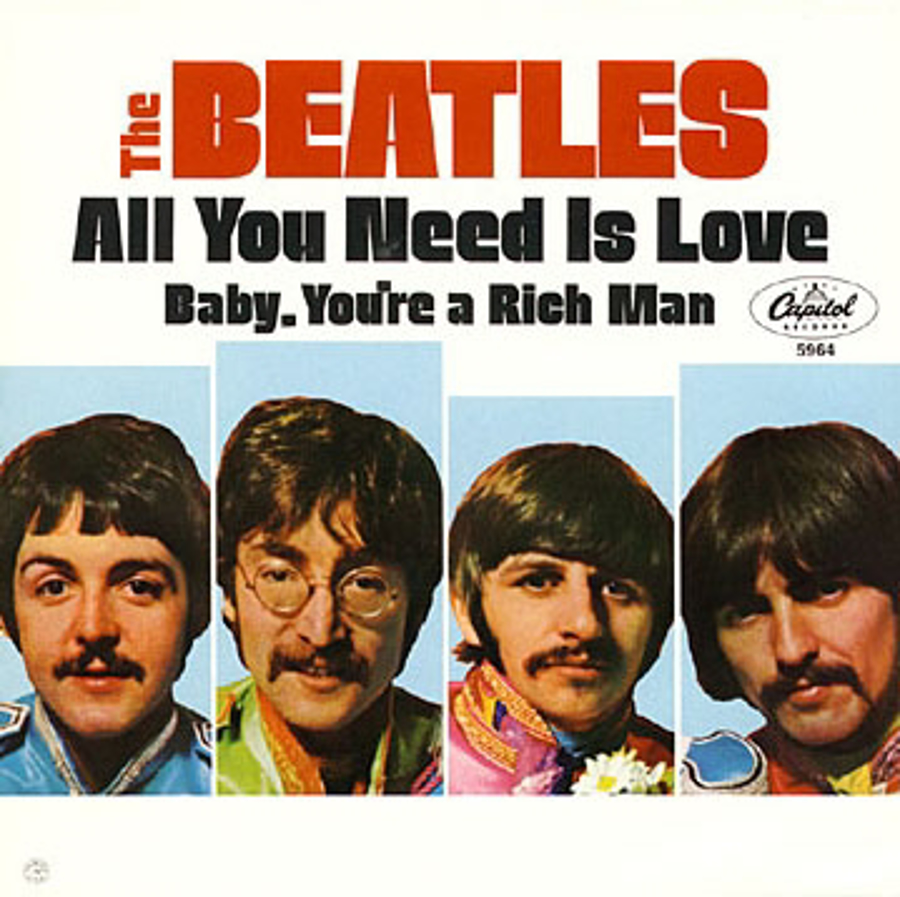 On May 18, 967 a contract was signed committing The Beatles to represent the BBC and Britain in a worldwide satellite broadcast on Sunday, June 25th. They were to be shown performing an especially-written song: All you Need Is Love.

The Beatles recorded 33 takes, but felt that take 10 was the best. A reduction mix was then made, with all instruments copied onto track one of a new four-track tape.