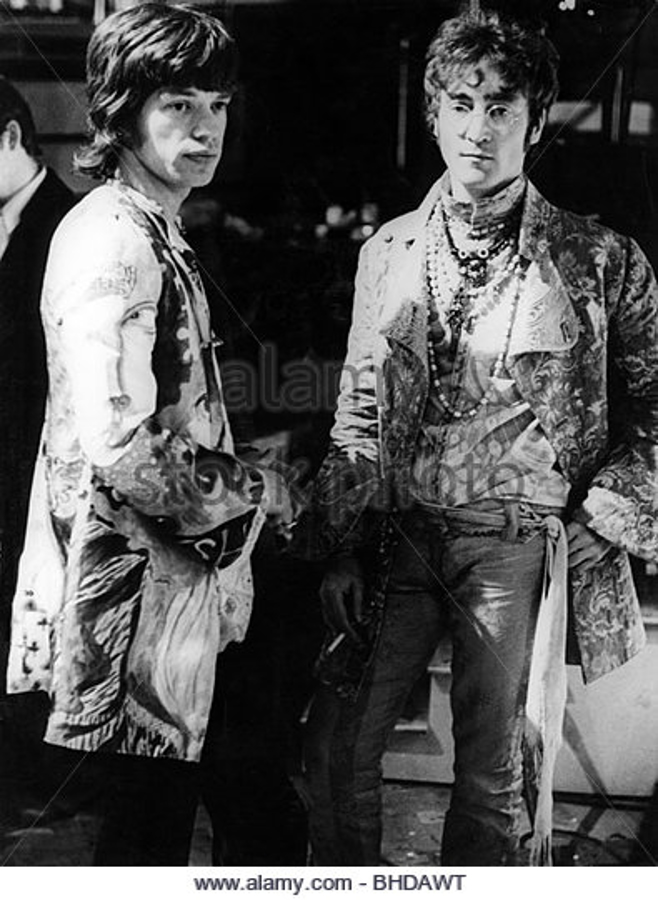 Lennon and McCartney sing on The Rolling Stones’ We Love You

John Lennon and Paul McCartney attended a Rolling Stones recording session at Decca on this day, where they contributed backing vocals to the song We Love You.

The song was written as a token of appreciation to the fans who stood by the Stones in the wake of their drugs busts, and was also an ironic commentary on the authorities.

Beat poet Allen Ginsberg had been in London for a pro-marijuana rally at Hyde Park, and met Mick Jagger at Paul McCartney's house. Jagger invited Ginsberg, Lennon and McCartney to the session that night, although Ginsberg did not perform. "They looked like little angels," he later wrote of the groups, "like Botticelli Graces singing together for the first time."