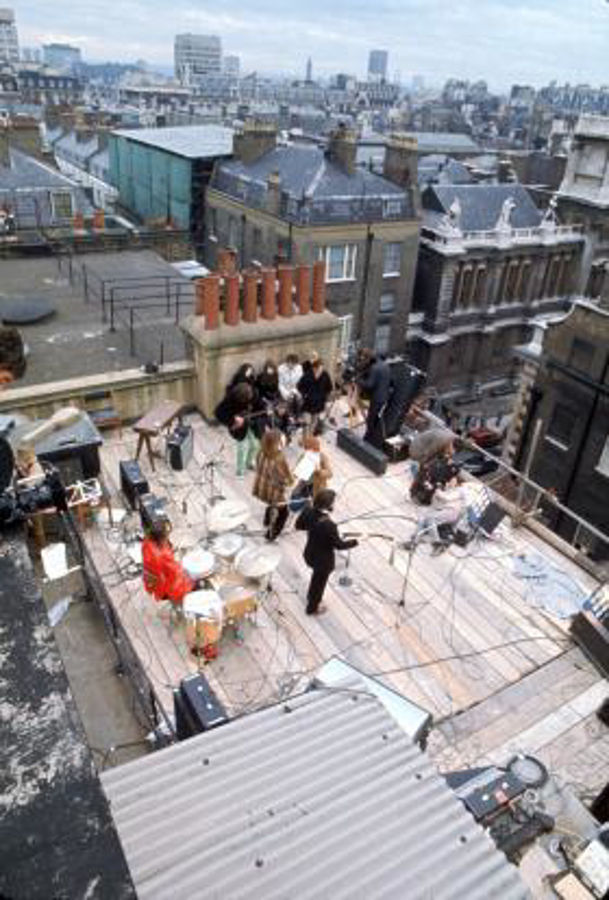 The Beatles perform on the rooftop of the Apple offices at Savile Row, London. The Beatles played tracks including "Don't Let Me Down", "I've Got a Feeling", "Dig A Pony" and "Get Back". The police arrived to halt the proceedings, but the band continued to play. Despite their protest, no arrests were made, and the performance continued for 42 minutes.

Ringo said "It was a memorable day for me - we were doin' what we did best - making music. But I am still disappointed the policemen didn't drag me off me drums!".