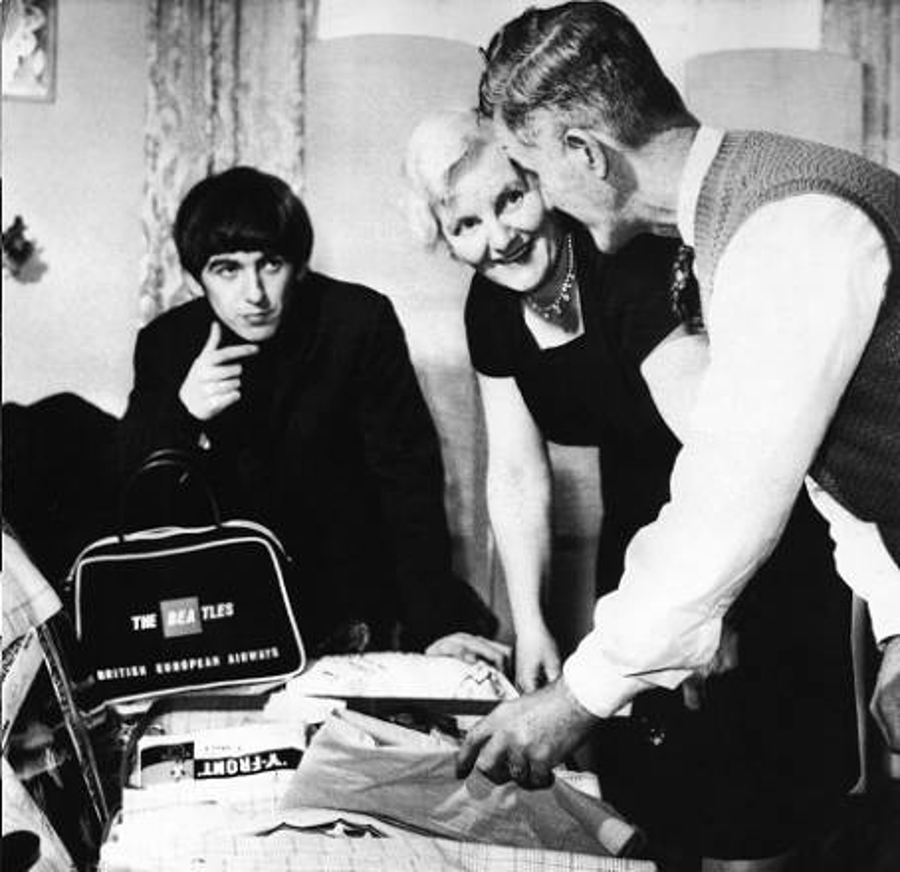 George Harrison and his wire Pattie travelled to the north of England on this day to spend some days with his family.

Harrison's parents lived in a bungalow named Sevenoaks, which was situated on Old Pewterspear Lane in the village of Appleton Thorn, Warrington. Harrison had bought the property for his parents in 1965 after they decided to move from Liverpool.