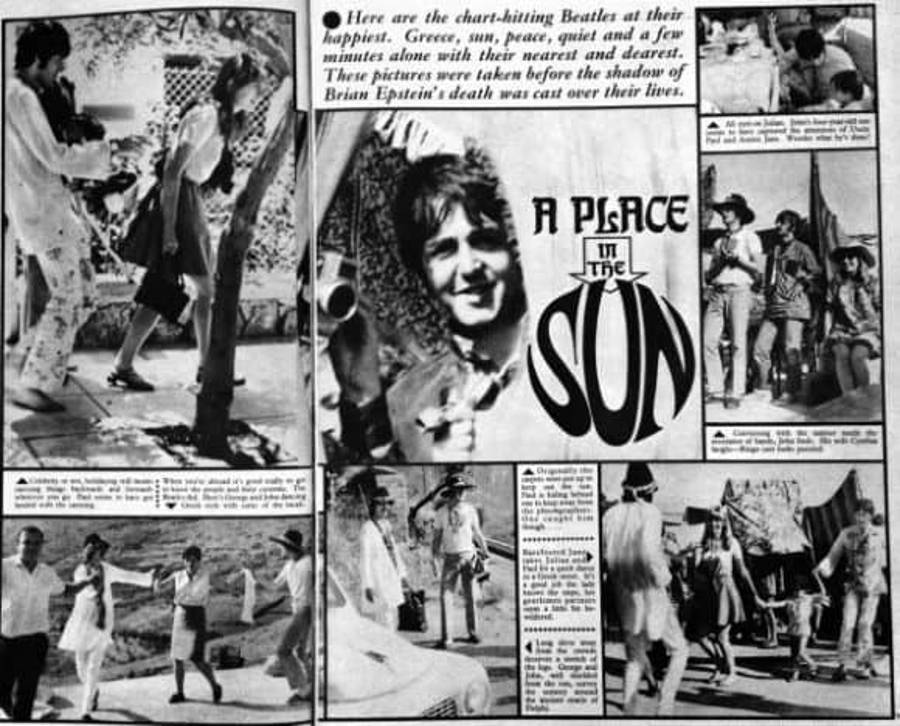 The Beatles had arrived in Athens, Greece, some days earlier with a view to buying a set of Greek islands. However, their hired yacht was delayed due to a storm off the Cretan coast, leaving them stuck in Athens for several days.

The yacht finally arrived in Athens on this day. The MV Arvi had 24 berths and a crew of eight, including the captain, a chef and two stewards. The party set sail the following day to look at suitable islands.

While they were waiting, Paul McCartney and George Harrison chose to stay at the Athens family home of their Greek host Alexis "Magic Alex" Mardas, while John Lennon and Ringo Starr went shopping for musical instruments.