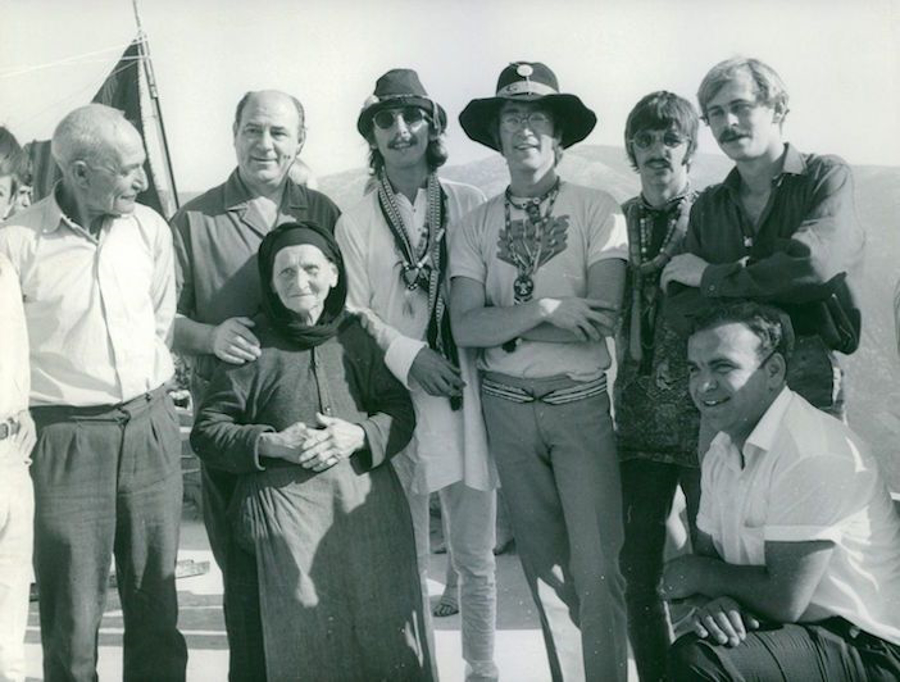 The Beatles go sightseeing in Greece

This was The Beatles' second day of sightseeing in Greece. Their yacht was held up by a storm off Crete until 25 July 1967, leaving them stuck in Athens for a few days.

According to NEMS employee Peter Brown, their host, Alexis "Magic" Mardas, had struck a deal with the Greek authorities. If The Beatles were given diplomatic immunity - allowing them to carry bags containing drugs into the country - then they would pose for press photographs for the Ministry of Tourism. This was agreed to without the group's knowledge.

Unfortunately it meant that their destinations were often broadcast on Athens Radio, causing hordes of fans and journalists to follow them around. As NEMS employee Alistair Taylor - one of the people on the Greek excursion - noted: "Once on a trip to a hill village, we came round a corner of the peaceful road only to find hundreds of photographers clicking away at us."