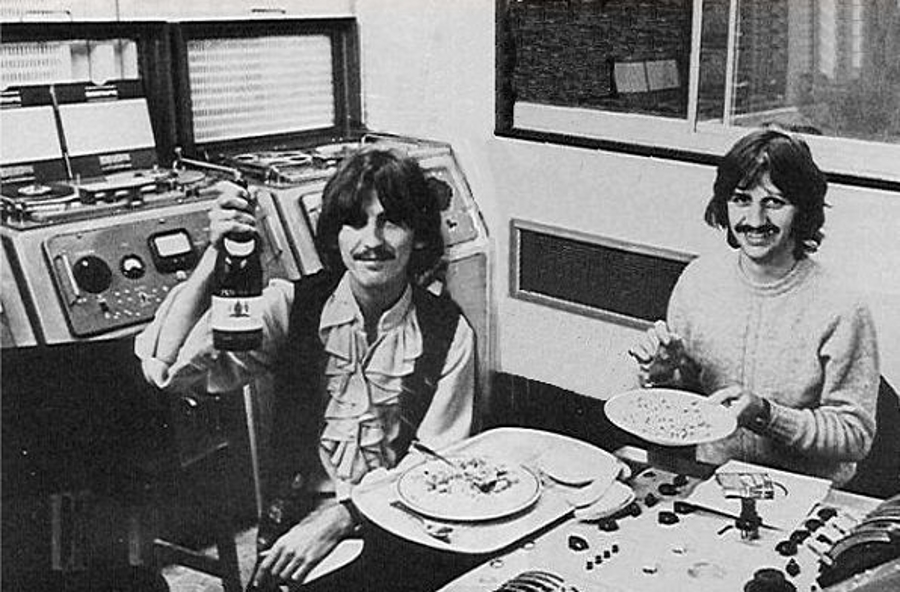 Work began on Piggies during this session. It was the third George Harrison song to be recorded for the White Album.

The session began in Studio Two at Abbey Road, but switched when producer Chris Thomas discovered a harpsichord in Studio One and suggested that The Beatles take advantage of it.

All four Beatles were there for the session and we were working in [studio] number two. I wandered into number one and found a harpsichord, not knowing that it had been set up overnight for a classical recording. So we discussed wheeling the thing into number two but Ken Scott said `No, we can't, it's there for another session!'. So we moved our session into number one instead.

George Harrison agreed that my harpsichord idea was a good one and suggested that I play it. This I did, but while George and I were tinkling away on this harpsichord he started playing another new song to me, which later turned out to be Something. I said 'That's great! Why don't we do that one instead?' and he replied 'Do you like it, do you really think it's good?'. When I said yes he said 'Oh, maybe I'll give it to Jackie Lomax then, he can do it as a single!'- (Chris Thomas -The Complete Beatles Recording Sessions, Mark Lewisohn)

The Beatles recorded 11 takes of Piggies, with Thomas on harpsichord, Harrison on acoustic guitar, Paul McCartney playing bass guitar and Ringo Starr on tambourine. John Lennon was present at the session but didn't play.

The session ended at 5.30am on the morning of 20 September 1968. Overdubs of lead vocals and pig noises were added later that evening, and Piggies was completed on 10 October when a string octet was recorded.