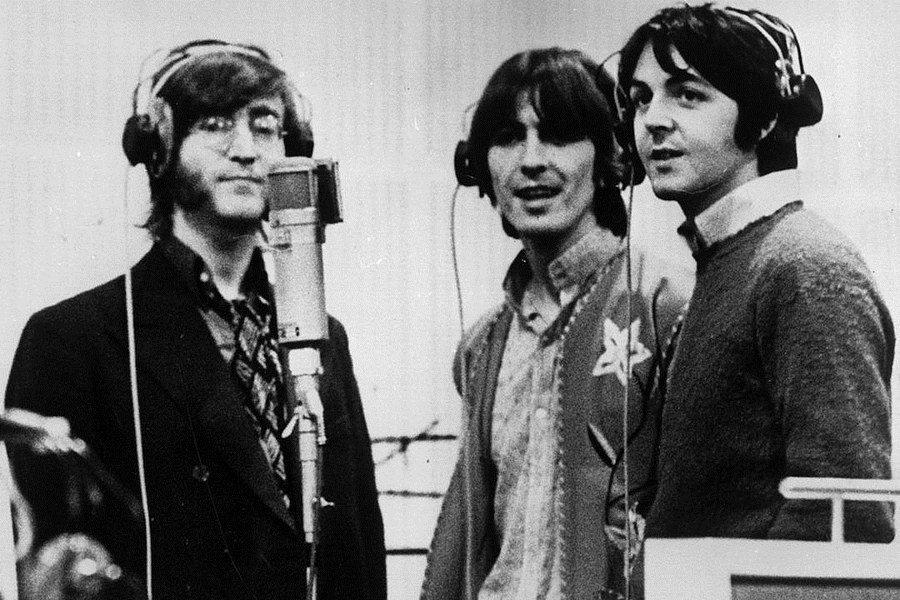 Tensions had been building within The Beatles for some time during the recording of the White Album. On this day matters came to a head, and Ringo Starr left the group.

While we were recording the 'White' album we ended up being more of a band again, and that's what I always love. I love being in a hand. Of course, I must have moments of turmoil, because I left the group for a while that summer.

I left because I felt two things: I felt I wasn't playing great, and I also felt that the other three were really happy and I was an outsider. I went to see John, who had been living in my apartment in Montagu Square with Yoko since he moved out of Kenwood. I said, 'I'm leaving the group because I'm not playing well and I feel unloved and out of it, and you three are really close.' And John said, 'I thought it was you three!'

So then I went over to Paul's and knocked on his door. I said the same thing: 'I'm leaving the band. I feel you three guys are really close and I'm out of it.' And Paul said, 'I thought it was you three!'

I didn't even bother going to George then. I said, 'I'm going on holiday.' I took the kids and we went to Sardinia.

That day The Beatles were booked to record in Abbey Road's studio two; the session began at 7pm, and ended at 4.45 the following morning. The argument occurred during rehearsals for Paul McCartney's Back In The USSR, which the three remaining Beatles went on to record without Starr.

I remember Ringo being uptight about something, I don't remember what, and the next thing I was told was that he'd quit the band. But work continued. They did Back In The USSR with what I seem to recall was a composite drum track of bits and pieces, possibly with all of the other three playing drums. Within a few days the differences had been sorted out and Ringo came back. Mal Evans completely decorated studio two with flowers, they were all over his drum kit, 'Welcome Back Ringo'.

Paul McCartney played the drums on the rhythm track, with George Harrison on lead guitar and John Lennon on bass. More tracks of each instrument were recorded at subsequent sessions.

Ringo's departure, meanwhile, was kept from the press, with everyone who knew the troublesome events sworn to secrecy.

I think they were all feeling a little paranoid. When you have a rift between people – if you go to a party and the husband and wife have been having a row – there's a tension, an atmosphere. And you wonder whether you are making things worse by being there. I think that was the kind of situation we found with Ringo. He was probably feeling a little bit odd because of the mental strangeness with John and Yoko and Paul, and none of them having quite the buddiness they used to have. He might have said to himself, 'Am I the cause?'

Starr flew to the Mediterranean where he spent two weeks on Peter Sellers' yacht. During the break he wrote Octopus's Garden.

Peter Sellers had lent us his yacht and we went out for the day. We told the captain we wanted fish and chips for lunch, because that's all we ever ate, being from Liverpool. And so when lunchtime came around we had the french fries, but then there was this other stuff on the plate. He said: 'Here's your fish and chips.' – 'Well, what's this?' – 'It's squid.' – 'We don't eat squid, where's the cod?' Anyway, we ate it for the first time and it was OK; a bit rubbery. It tasted like chicken.

I stayed out on deck with him and we talked about octopuses. He told me that they hang out in their caves and they go around the seabed finding shiny stones and tin cans bottles to put in front of their cave like a garden. I thought this was fabulous, because at the time I just wanted to be under the sea too. A couple of tokes later with the guitar – and we had Octopus's Garden!

I had a rest and the holiday was great. I knew we were all in a messed-up stage. It wasn't just me; the whole thing was going down. I had definitely left, I couldn't take it any more. There was no magic and the relationships were terrible. I'd come to a bad spot in life. It could have been paranoia, but I just didn't feel good – I felt like an outsider. But then I realised that we were all feeling like outsiders, and it just needed me to go around knocking to bring it to a head.

I got a telegram saying, 'You're the best rock'n'roll drummer in the world. Come on home, we love you.' And so I came back. We all needed that little shake-up. When I got back to the studio I found George had had it decked out with flowers – there were flowers everywhere. I felt good about myself again, we'd got through that little crisis and it was great.