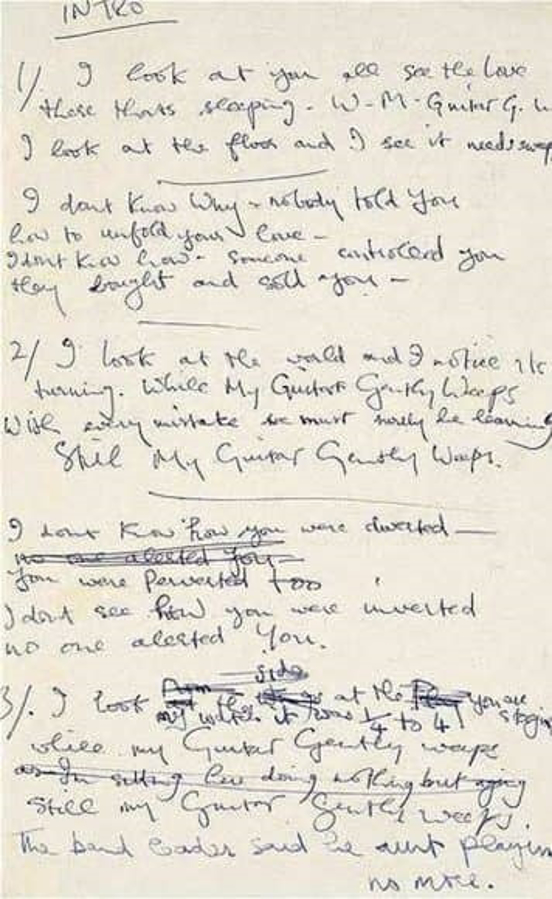 This was the session in which Eric Clapton recorded his famous guitar solo onto While My Guitar Gently Weeps.

George Harrison had invited Clapton to the session earlier that day, while giving him a lift from Surrey to London. Despite Clapton's initial wariness about performing on a Beatles song, Harrison insisted that it would be fine.

Clapton used the Gibson Les Paul guitar that Harrison had given him a month previously. His presence in the studio reportedly made the other Beatles more attentive and enthusiastic about the song, doubtless to Harrison's relief.

Mono and stereo mixes were made on 7 October, but these were improved upon on 14 October.