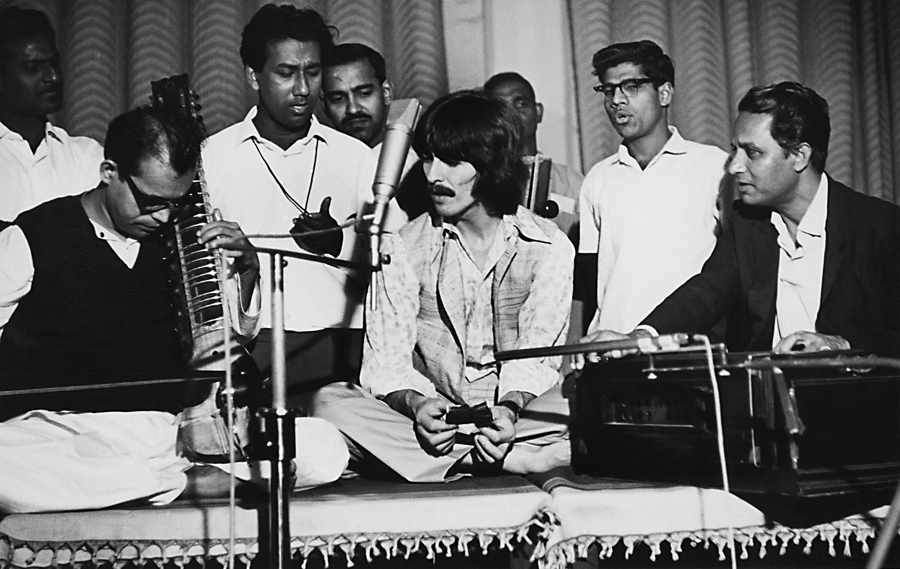 George Harrison had flown to India on 7 January 1968 to record the soundtrack for the film Wonderwall. The second session took place on this day.

The sessions began on 9 January in Bombay (Mumbai), and the soundtrack was mostly complete by 12 January.

On this day Harrison invited camera crews in to film proceedings. Reuters filmed around 45 seconds of colour footage, and BBC News shot slightly less. In the silent footage the musicians are believed to have been working on the track Fantasy Sequins.