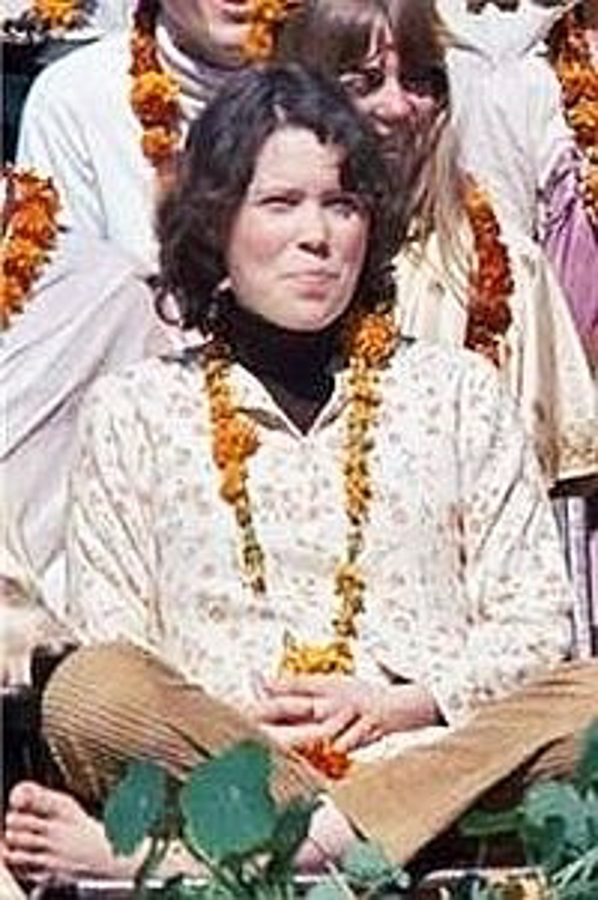 “Dear Prudence” is the name of a Beatles song written by John Lennon. It appears on the Beatles’ November 1968 double-disc White Album. Lennon wrote the song earlier that year in India, inspired by a woman named Prudence Farrow, sister of actress Mia Farrow.

The Beatles and the Farrow sisters were part of a larger group who were then visiting the Maharishi Mahesh Yogi on a weeks-long retreat in Rishikesh, India. It was February-March 1968.

Prudence Farrow, then focused on learning transcendental meditation (TM), stayed in her room for long periods of time. Lennon, worried she was depressed, wrote the song “Dear Prudence,” inviting her — as his lyrics would say — to “come out to play.”

“All the people around her were very worried about the girl,” Lennon would later say. “…So, we sang to her.” Lennon and George Harrison were delegated by the group to help bring Prudence out, as she had held up in her room for some time. Farrow was intent on learning the TM technique well enough to be able to teach it herself.

“I would always rush straight back to my room after lectures and meals so I could meditate,” she would later explain. “John, George and Paul would all want to sit around jamming and having a good time and I’d be flying into my room. They were all serious about what they were doing, but they just weren’t as fanatical as me…”
Later, as the Beatles were leaving India, George Harrison mentioned to Prudence that they had written a song about her. Farrow, flattered at the attention, would not hear the song until it came out on the album.