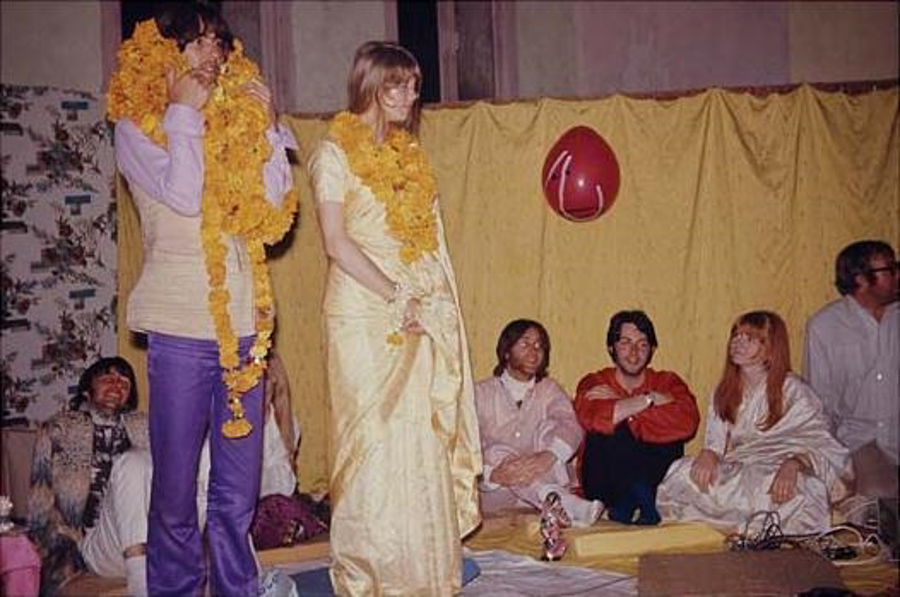 In February 1968, the Beatles travelled to Rishikesh in northern India to attend an advanced Transcendental Meditation (TM) training session at the ashram of Maharishi Mahesh Yogi. John with Cynthia, George with Pattie and Jenny Boyd arrived on 15 February. Paul with Jane Asher, Ringo and Maureen arrived four days later.
A few days after their arrival was George’s birthday and they had a party.

The Maharishi celebrated George’s 25th birthday and Harrison played sitar. He gave Harrison an upside-down plastic globe of the world and said: “George, the globe I am giving you symbolizes the world today. I hope you will help us all in the task of putting it right.” Harrison immediately turned the globe to its correct position, shouting, “I’ve done it!”