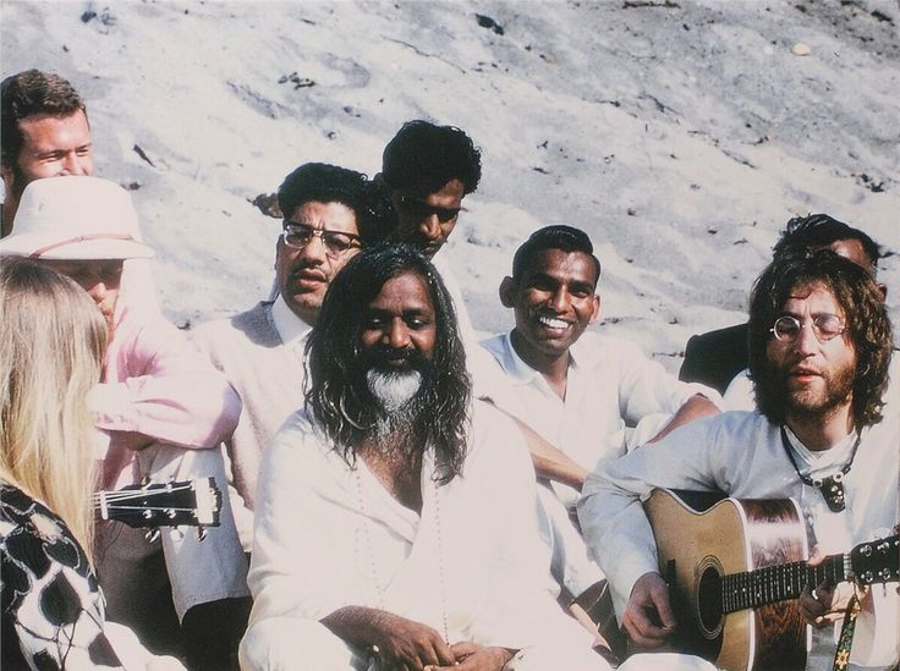 The Beatles arrived in India in February 1968, along with their wives, girlfriends, assistants, and numerous reporters. They joined a group of 60 people who were training to be TM teachers, including musicians Donovan, Mike Love and Paul Horn, and actress Mia Farrow. While there, John Lennon, Paul McCartney and Harrison wrote many songs, and Ringo Starr finished writing his first. Eighteen of those songs were recorded for The Beatles ("the White Album"), two songs appeared on the Abbey Road album, and others were used for various solo projects.