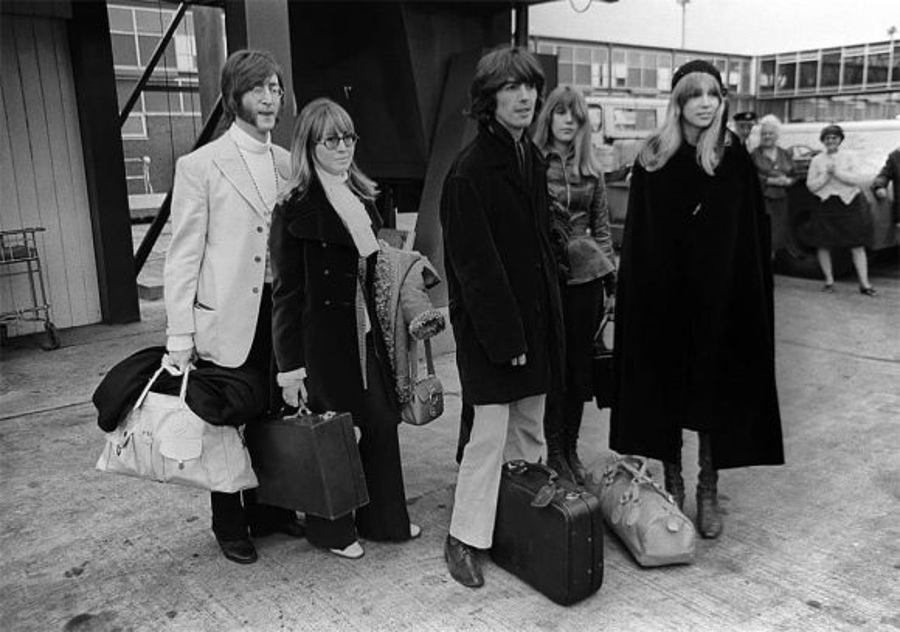 The Beatles' long-planned trip to India finally got underway on this day, with John Lennon and George Harrison, plus their wives Cynthia and Pattie, and Pattie's sister Jenny, flying from London Airport to Delhi, India.

The trip had been due to take place in the summer of 1967, but was postponed following the death of Brian Epstein. The Beatles had chosen instead to press on with the making of Magical Mystery Tour.

The Indian excursion was to study Transcendental Meditation with Maharishi Mahesh Yogi at his ashram in Rishikesh, where they stayed until 12 April.