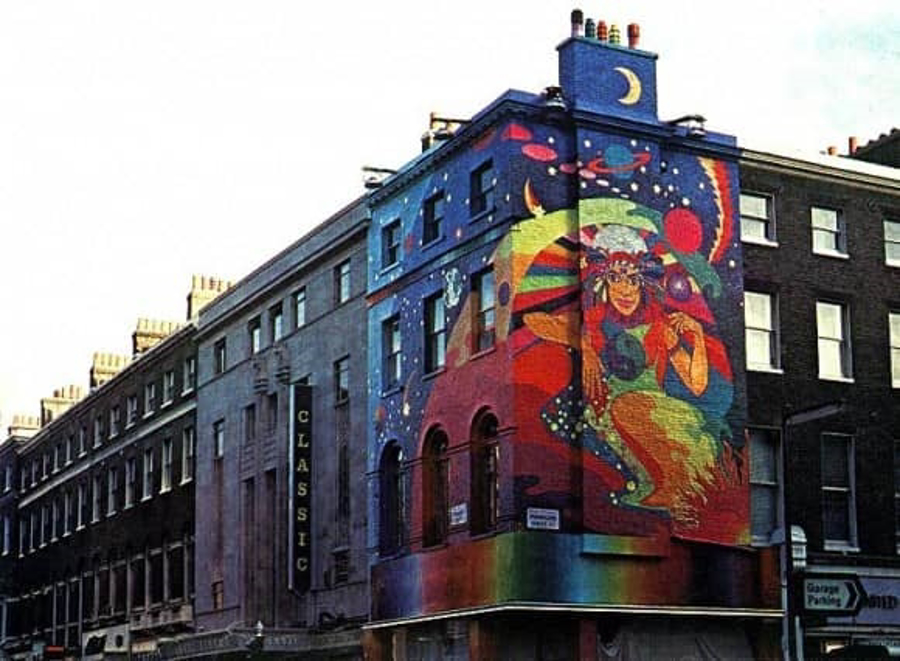 One of the first business ventures by The Beatles' Apple Corps was the Apple Boutique, which opened on 7 December 1967. It was located at 94 Baker Street, London.

The concept of the boutique was that absolutely everything was for sale. It was described by Paul McCartney as 'a beautiful place where beautiful people can buy beautiful things'.

Clive Epstein or some other such business freak came up to us and said, 'You got to spend so much money or the tax'll take it. We're thinking of opening a chain of retail clothes,' or some barmy thing like that. And we were all muttering about, 'Well, if we're going to have to open a shop, let's open something we're interested in.' We went through all these different ideas about this, that and the other. Paul had a nice idea about opening up white houses where it would sell white china and things like that, everything white because you can never get anything white, which is pretty groovy. It didn't end up with that, it ended up with Apple, with all this junk and The Fool and all the stupid clothes and all that. (John Lennon, 1970)