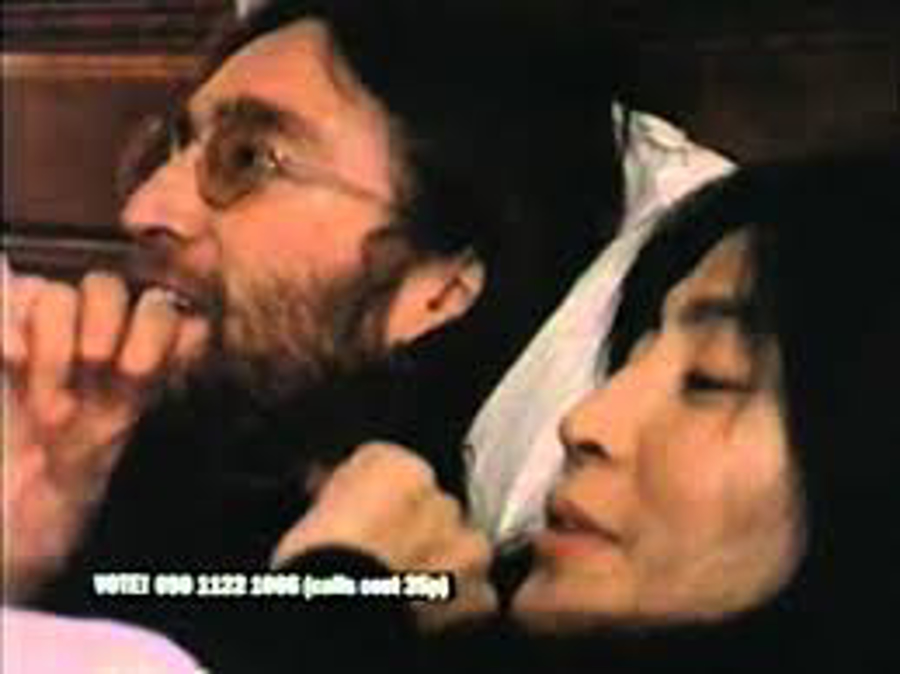 Meanwhile, while George and Ringo are doing their own thing, the third day of a five-day shoot for the BBC documentary 24 Hours: The World Of John And Yoko began at Tittenhurst Park before moving on to the Apple headquarters in Savile Row, London.

On this day filming began with John Lennon eating in bed and making a telephone call to arrange a visit to Toronto, Canada, where he intended to sign his Bag One lithographs. An exhibition was being planned, although it never took place. The 35-minute documentary was first shown from 10.30pm on BBC 1 on 15 December, and extracts were also used in the 1988 documentary Imagine: John Lennon.

Lennon and Yoko Ono were also filmed viewing a print of The Beatles performing Some Other Guy in October 1962, which had been chosen for inclusion in the ATV programme Man Of The Decade.

In the afternoon the Plastic Ono Band held a recording session at EMI Studios, Abbey Road. This was also filmed, and some of the footage was included in the 24 Hours documentary.

Later, at Apple, Lennon and Ono are captured signing documents and giving interviews, one of which was with Alan Smith of the New Musical Express. The couple also gave an interview to Japanese radio, for which they offered to donate a selection of Plastic Ono Band records. Another interview was for radio presenter Stuart Henry, and involved word association games.

The longest Apple interview from this day was with New York Times reporter Gloria Emerson. This confrontational encounter saw Emerson challenge Lennon and Ono on their peace initiatives, calling them self-promotional stunts. Lennon countered the accusation by describing them as preferable to "manifestos written by a lot of half-witted intellectuals" that were ineffective and went unread.

Lennon points out that Give Peace A Chance had been sung by hundreds of protesters at a recent anti-war moratorium in Washington, DC. This fails to sway Emerson, however, and she eventually walks out, interrupting Ono with the words: "Mrs Lennon, we're boring each other, so I'll go away. Happily."

More footage from this day was issued online by Ono in 2007. It began with a 43-second segment featuring Lennon playing Blue Suede Shoes, the first track from Live Peace In Toronto 1969 on the office turntable. A second clip involved Lennon telling a journalist that he and Ono didn't object to being criticised for having long hair or appearing nude if it helped reduce the attacks on their peace campaigning.