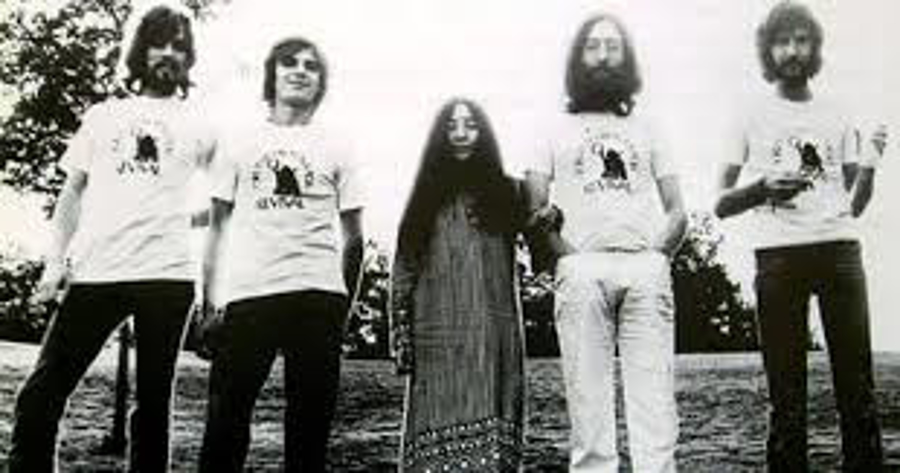 The Toronto Rock and Roll Revival was a one-day festival held at the Varsity Stadium of Toronto University. The 20,000 ticket holders were unaware that Lennon, Yoko Ono and the Plastic Ono Band were to perform until the festival was underway.

However - John Lennon woke up regretting that he agreed to perform that evening. Eric Clapton, however, was eager to play, and convinced Lennon that it was too late to back out.

Alice Cooper's group was the backing band for Gene Vincent, while local act Nucleus provided support for Chuck Berry. The Doors closed the festival. At approximately 10pm the Plastic Ono Band's black limousine arrived in the backstage area, while Cat Mother was onstage. The group was accompanied by festival promotor John Brower, and the car was escorted by 80 motorcycles from the Toronto Vagabonds.

As they arrived photographers scrambled to get a glimpse of the car. Police escorted the Lennons towards the musicians' dressing room, where they remained until midnight.

John just stood in the dressing room, which was admittedly rather tatty, beforehand saying, 'What am I doing here? I could have gone to Brighton!' After all, it was a long way to go for just one concert. He did a really great thing. He had all the lights in the stadium turned right down and then asked everyone to strike a match. It was a really unbelievable sight when thousands of little flickering lights suddenly shone all over the huge arena. Lennon later admitted he was addicted to heroin at the time of the performance.

Said John "We were full of junk too. I just threw up for hours till I went on. I nearly threw up in Cold Turkey – I had a review in Rolling Stone about the film of it – which I haven't seen yet, and they're saying, 'I was this and that.' And I was throwing up nearly in the number. I could hardly sing any of them, I was full of shit. "