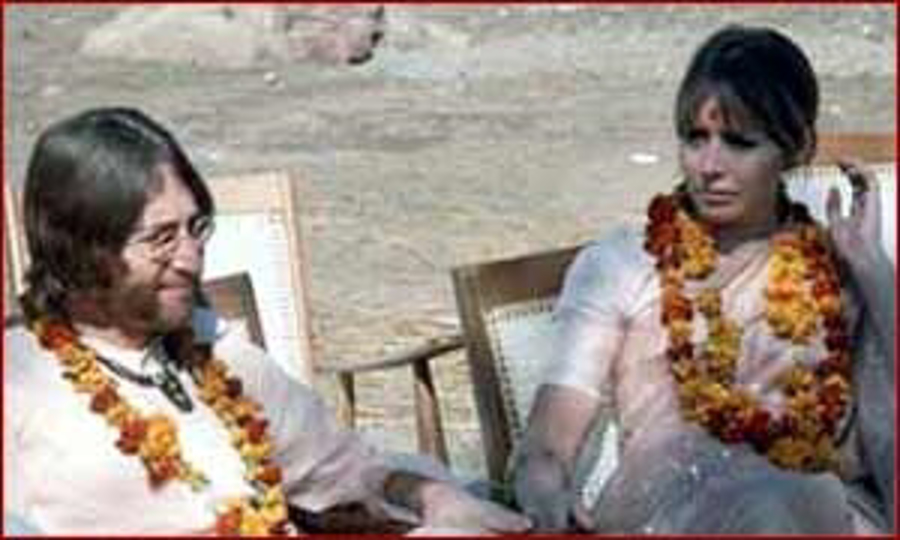 While in India, Lennon also wrote songs including Mean Mr Mustard, Cry Baby Cry, Polythene Pam and Yer Blues. I'm So Tired, meanwhile, was written during the beginning of The Beatles' stay, when Lennon - free of drugs for the first time since 1964 - found himself unable to sleep.

John Lennon - "I'm So Tired was me, in India again. I couldn't sleep, I'm meditating all day and couldn't sleep at night. The story is that. One of my favorite tracks. I just like the sound of it, and I sing it well."

Although Lennon had told his wife Cynthia that the trip to India would bring them closer together, she found him becoming increasingly distant.

Cynthia Lennon - "I was not having the second honeymoon I'd hoped for. John was becoming increasingly cold and aloof toward me. He would get up early and leave our room. He spoke to me very little, and after a week or two he announced that he wanted to move into a separate room to give himself more space. From then on he virtually ignored me, both in private and in public. If the others noticed they didn't say so.

I did my best to understand, begging him to explain what was wrong. He fobbed me off, telling me that it was just the effect of the meditation. 'I can't feel normal doing all this stuff,' he said. 'I'm trying to get myself together. It's nothing to do with you. Give me a break.'

What I didn't know was that each morning he rushed down to the post office to see if he had a letter from Yoko. She was writing to him almost daily. When I learned this later I felt very hurt. There was I, trying to give John the space and understanding he asked for, with no idea that Yoko was drawing him away from me and further into her orbit."